Attack not to affect finances, operations of Aramco 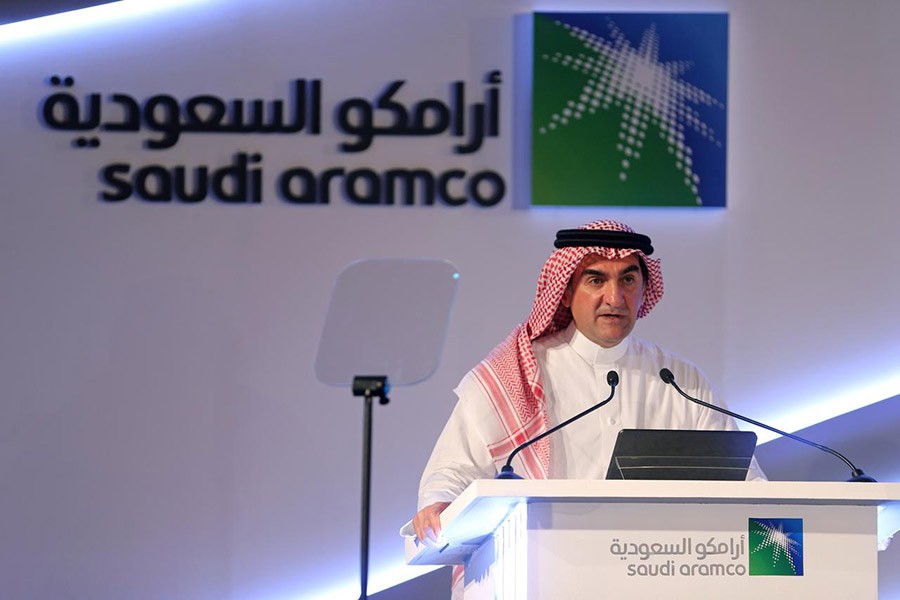 Saudi Arabia's Aramco said it does not expect a recent attack on its oil plants to have a material impact on finances and operations as it launched an initial public offering (IPO) on Sunday by announcing its intent for a domestic flotation.

Aramco CEO Amin Nasser told a news conference after the IPO intent statement was published that the world’s largest oil firm was still the most reliable oil company globally.

The Sept. 14 strikes had targeted the Abqaiq and Khurais plants at the heart of Saudi Arabia’s oil industry, temporarily shutting down 5.7 million barrels per day (bpd) of output - more than 5% of global oil supply.

“The company does not expect the impact of these attacks to have a material impact on its business, financial condition or results of operations,” Aramco said in its intent announcement.

The firm said it had earned $68 billion for the nine-month period that ended September, recording a revenue of $244 billion and a free cash flow of $59 billion.

Aramco’s net income for the third quarter of 2019 amounted to $21.1 billion, according to Reuters calculations, dwarfing the income for the same period of oil giants like Exxon Mobil Corp, which was just over $3 billion.

Aramco said it had acted quickly to minimise the impact on customers, including by tapping its crude inventories, swapping grades and curtailing natural gas liquids’ shipments deliveries to some customers while increasing production from other fields.

The statement made no mention of whether measures had been taken to boost security at vital oil installations.

Tensions in the region have heightened following tanker attacks in Gulf waters earlier this year that Riyadh and Washington have also blamed on Iran, charges Tehran rejects.

Saudi energy assets had also been targeted in more limited attacks that did not impact output — a strike on the east-west pipeline in May and on a gas facility in Shaybah in August.

The two strikes were claimed by Yemen’s Iran-aligned Houthi group that has been battling a Saudi-led military coalition. The Houthis also claimed responsibility for the Sept. 14 attack but Saudi officials said it was not launched from Yemen.