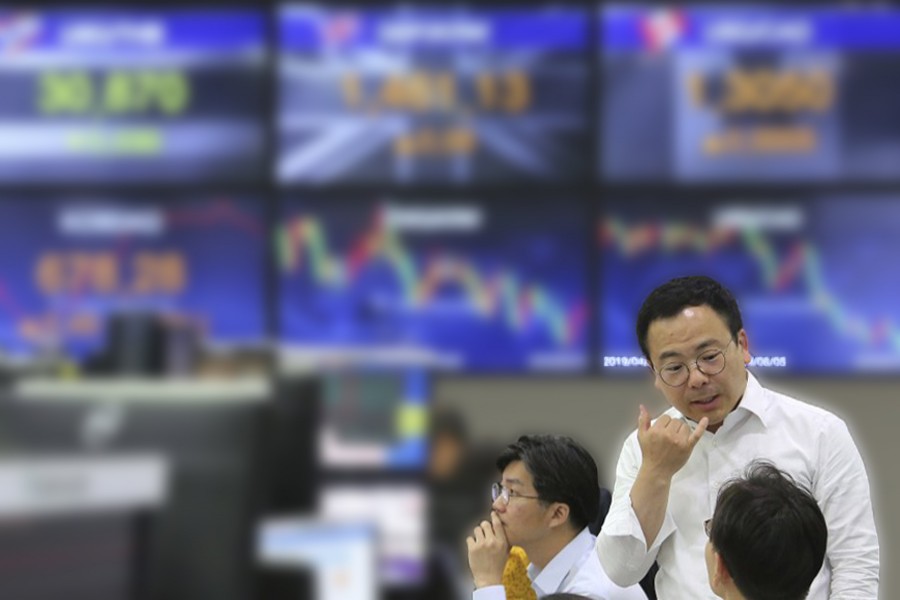 Shanghai and Sydney declined while Tokyo and Hong Kong advanced, according to AP report.

On Wall Street, the Dow Jones Industrial Average and the Nasdaq closed at record highs Tuesday. The S&P 500 index closed just below the all-time high reached the previous day.

Gains have been driven by better-than-expected company earnings, interest rate cuts, hopes for a trade truce and a steadily growing economy.

The upbeat mood marks a pivot from the summer, when worries about trade, Britain's potentially messy exit from the European Union and the slowing global economy loomed over the market.

China's central bank helped ease worries about a possible liquidity crunch by cutting its base interest rate on a one-year loan by 0.05 per cent to 3.25 per cent.

Analysts said the People's Bank of China was fill demands for credit while keeping financial system risks under control.

Benchmark US crude lost 31 cents to $56.92 per barrel in electronic trading on the New York Mercantile Exchange. The contract rose 69 cents on Tuesday to close at $57.23.

Brent crude, used to price international oils, declined 37 cents to $62.59 per barrel in London. It gained 83 cents the previous session to close at $62.96.