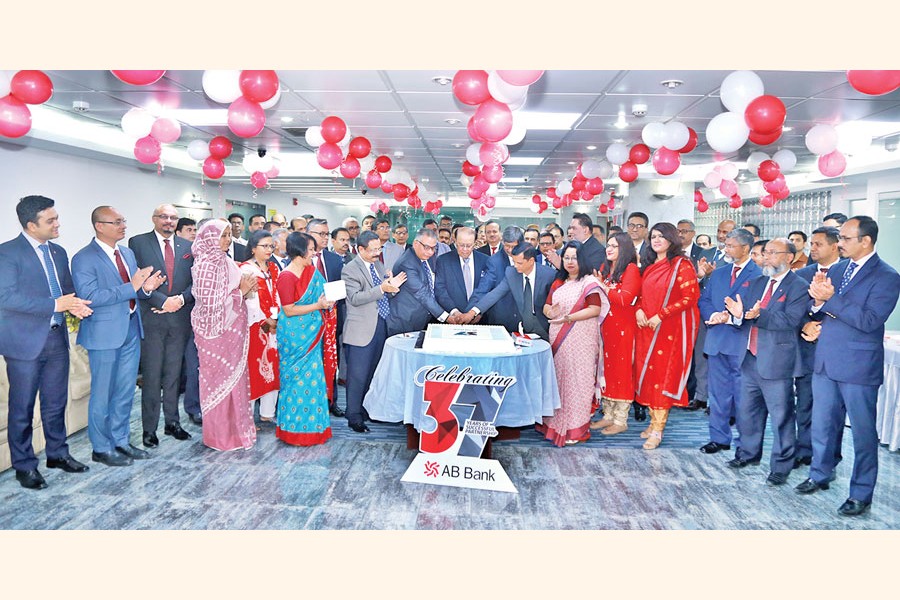 M Morshed Khan, Founder Chairman of AB Bank Limited, along with directors and Tarique Afzal, President & Managing Director (Current Charge) of the bank, cutting a cake at a programme marking the 37th founding anniversary of the bank at its head office in the city recently

All the 104 branches of the bank in Bangladesh along with its branch in Mumbai as well as all its local and overseas subsidiaries marked the day in a befitting manner.

On the occasion, AB Bank organised a cake cutting ceremony at its head office in the city.

The ceremony was attended by M Morshed Khan, Founder Chairman of the bank, directors, Tarique Afzal, President & Managing Director (Current Charge), and other officers of the bank.