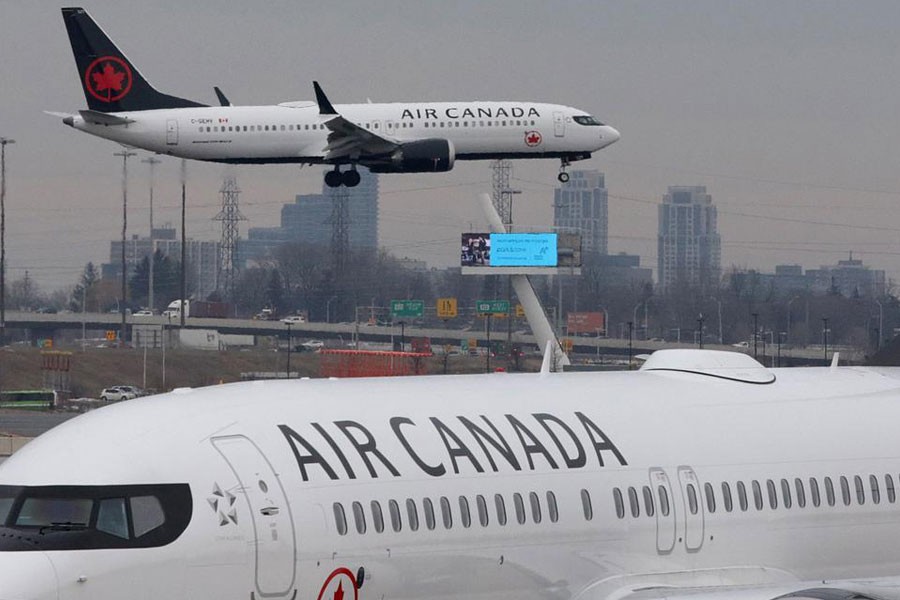 A woman has said she was left alone on an Air Canada plane after falling asleep during a flight.

Tiffani Adams said she fell asleep while flying from Quebec to Toronto on 9 June. When she woke up, she was freezing cold and still buckled into her seat, but the aircraft was parked.

She said she had experienced "reoccurring night terrors" since the incident took place.

Air Canada has confirmed the incident occurred and is investigating.

Ms Adams said on Facebook that she woke up "around midnight [a few hours after the flight landed] freezing cold still trapped in my seat in complete darkness."

She said the experience was "terrifying".

Ms Adams managed to call her friend Deanna Dale to let her know where she was when her phone died less than a minute into the call, says a BBC report.

She was unable to charge her phone as the plane had been shut down.

While she was on board, Ms Adams managed to locate a torch in the cockpit of the plane and attempted to attract attention.

She was found by a luggage cart operator who she claimed was "in shock".

Ms Adams said that Air Canada staff offered her a limousine and a hotel but she declined, wanting to return home as quickly as possible.

She added that representatives from Air Canada had called her twice as part of the investigation and apologised.

Air Canada confirmed Ms Adams' account to multiple publications and said it was reviewing the incident.