Woman dies trying to reach ‘Into the Wild’ bus in Alaska 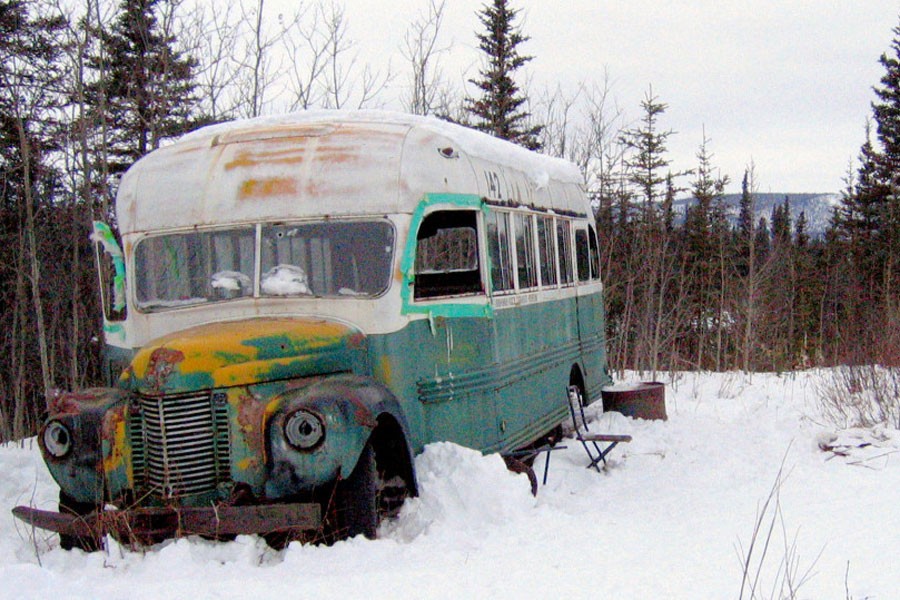 The abandoned bus where Christopher McCandless starved to death in 1992 is seen in this March 21, 2006 photo on the Stampede Road near Healy, Alaska. McCandless, who hiked into the Alaska wilderness in April 1992 died in there in late August 1992, was apparently poisoned by wild seeds that left him unable to fully metabolize what little food he had - AP photo/ Jillian Rogers

A Belarusian woman who was trying to hike to an abandoned bus at the edge of Denali National Park in Alaska made famous in the book and movie “Into the Wild” died after being swept away in a river, state troopers said on Friday.

Veramika Maikamava, 24, was pulled underwater when she tried to cross the Teklanika River with her husband Piotr Markielau, also 24, in their journey to the site where hiker Christopher McCandless perished in 1992, the troopers said.

There is a rope stretched across the river to help hikers, but waters were waist-high and swift-running when the newly married couple tried to cross on Thursday night, said Ken Marsh, an Alaska State Trooper spokesman.

“Ms Maikamava apparently lost her footing and her grip on the rope,” he said in an email.

Hundreds of visitors have ventured over the years into the now-famous Stampede Trail along the edge of the park to try to reach the wrecked vehicle now known as the “Magic Bus”, reports Reuters.

The abandoned Fairbanks city bus was used as shelter by the 24-year-old McCandless before he died of what the state coroner determined to be starvation. A diary he left describing his final days became material for the book written by Jon Krakauer and the 2007 movie, which stars Emile Hirsch.

Several hikers have struggled with the rough Alaska conditions attempting the pilgrimage to the bus.

A woman from Switzerland died in 2010, also drowning while trying to cross the Teklanika River. Several others have been rescued.

According to the latest available data, there were 15 state search-and-rescue missions into the area from 2009 to 2017, Marsh said.

Maikamava and Markielau had been married less than a month, Marsh said.

Her body has been recovered and sent to the state medical examiner’s office, the troopers said.