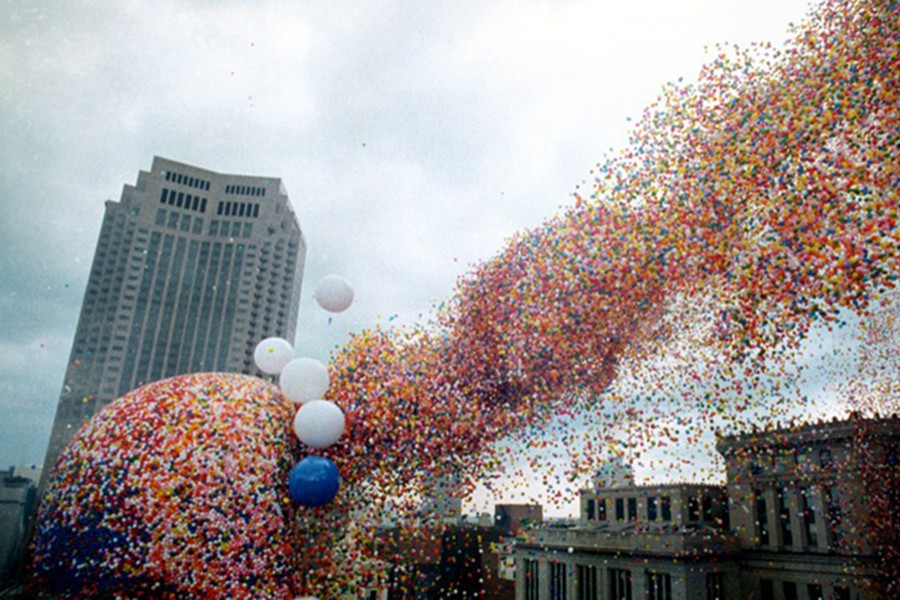 People do weird things to break or make Guinness World Records. Sometimes their attempts bring consequences, as heavy as death!

One such tragic case took place on April 27th, 1986 in the city of Cleveland, Ohio. The challenge was about inflating one and a half million helium balloons to win the Guinness World Record.

But little did the organisers know that they are about to face an unprecedented tragedy in the history of Guinness Records.

2,500 student volunteers participated in inflating all possible balloons which were released at 13:50. The balloons underwent collision with cold air and rain, resulting in widespread environmental havoc.

There were traffic accidents due to distracted drivers, and the authorities were compelled to close the airport.

Lake Eerie, a lake situated nearby, however, witnessed the most severe of all the incidents. Two fishermen by the name of Raymond Broderick and Bernard Sulzer allegedly fell into the water and remained missing for the day.

When rescue operations were carried out to get them back, the balloons got in the way. The rescuers found their boats but the helicopters could not operate properly due to the balloons.

The coast guards had no other option but to suspend the search operation for a few days as they could not locate any bodies due to the presence of the balloons.

The dead bodies of the fishermen were found a few days after that and the wife of one of the fishermen sued the organisation which arranged the programme, demanding a reparation of 3.2 million dollars.

The balloons had been equally detrimental to wildlife as well as they landed in a field with a lot of horses and the horses got injured while running away in fear.

The company had to face another lawsuit in this regard. The organisation undertaking the project showed supreme irresponsibility by ignoring the weather forecast of the day.

The balloons could not fly normally due to all these and created chaos. The day which was going to be remembered as the day to break Guinness World Records is today known just as a horrific tragedy for all these unfortunate events.