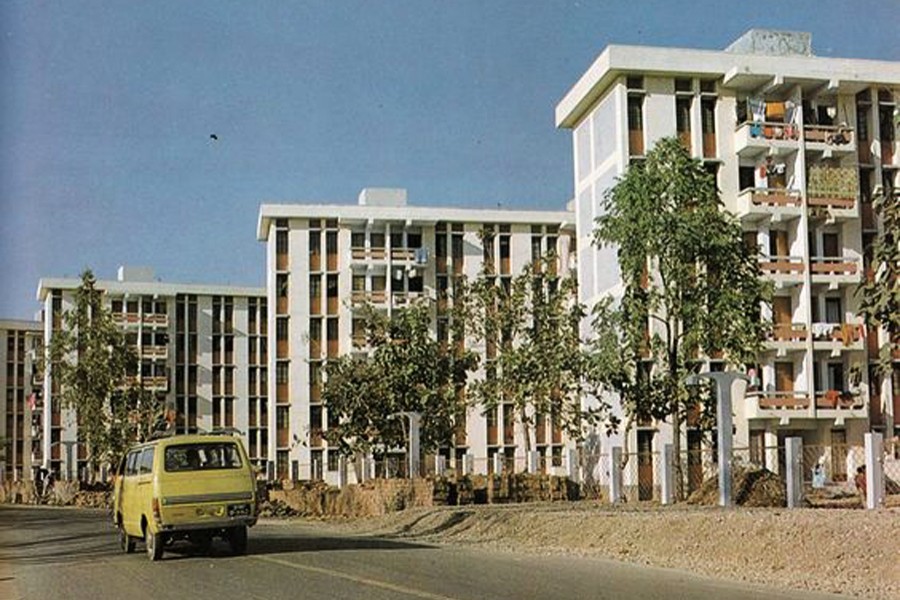 ‘The Romantic City of the East’ - this was the name given to Dhaka by the European travellers to Bengal. The city has been around for four hundred years, and, though it may be hard to imagine looking at the current sorry state of a once-glorious city, it was well known for its picturesque splendour.

In 1839, the civil surgeon of Dhaka James Taylor wrote a book named ‘The Topography of Dacca’ where he compiled the nature of Dhaka, from where a different picture unfolds before our eyes.

Dhaka was a city full of natural sounds and greenery even three or four decades ago. How was the city then? What sounds and scenes have been lost from our lives since?

The Financial Express has tried to paint a nostalgic picture by talking to a few who have seen Dhaka and compiling their stories in this feature.

Shoyeb Mahmud rose to prominence as a poet during the nineties. His residence has been in Mohammadpur and the area's growth unfolded before his very eyes. In his words, Dhaka used to be a pluralist city with vibrant culture and people, and its scenic beauty was on par with the demography.

"The city was not a heap of unplanned development," he said with regrets, "there was a big park in Farmgate. We had a koshaghat or canal crossing at Shia Masjid area, from there we would pay eight anas to go to Atibazar. Rupnagar, Baunia were full of greenery where many birds chirped all day long. We could hear the animals roar from the Zoo.”

“Seasonal fruits were brought to the town by boats from Tongi and Aminbazar. There were hardly any sirens or horns, unlike now. The city had an organic sound of its own. The city was once full of butterflies, now all I can see are people and machines. "

In a heavy voice, the poet regretted as, in his eyes, the city has become a failing landscape devoid of nature, love, and empathy.

Tahmina Akhter is a housewife who has grown up on the outskirts of the city. Her childhood passed in Pallabi, Mirpur. She reminisced about the days of her youth with the writer.

"I grew up in Pallabi, where trees were so numerous that you could tell that you had reached the place just by looking at the greenery. Most of the buildings were two or three stories high, and we used to know nearly everyone.”

“We used to wake up at the sounds of birds. There were so many sparrows, even ten years ago there were lots of those birds. I do not understand how all the sparrows disappeared from our locality."

Mirpur has lost all its natural charm in the last decade as rapid urbanisation has curved up nature to make space for the sprawling new residential areas.

During the eighties, the area used to be a collage of low marshy lands, green plantations, and sparse localities. Those days are sketched in the memory of Dr S.M. Shaiful Islam, who came here in 1983 to pursue his medical degree.

"Mirpur was mostly a marshland then, with few pitch-covered roads. There were paddy fields at Section-12, and the vegetation was so thick around Rupnagar and Section-6, 7 that jackals roamed those places even in the day time. At night, we could hear them howling.”

Dr Shaiful can remember nearby lakes full of fish. There was a big lake in Kalapani where they used to cross the lake by boat for evening strolls, it would take one paisa.

“On rainy days, most of the area would be submerged, and we would take boats from Mirpur-10 to Motijheel. The nights were filled with cicadas and croaking frogs. Sometimes monkeys would come and feast on the fruits growing from the trees. They would screech and gibber, and people would sometimes feed them."

He told a story about his father-in-law, himself growing up in Mokamtola, Bangshal, who used to hear tigers roaring around Mirpur during the fifties.

"Uttara has been developed before our eyes," he took a walk down the memory lane, "there used to be lakes where migratory birds came in winters. There were all kinds of birds - hawks, falcons, kites. We could see cranes flying, kingfishers flapping their wings, and diving for fish. Dhaka had its own natural beauty, it was not the city I live in now."

Banker Md Nazrul Islam has grown up in the Puran Dhaka. When asked about his memories, he told the scribe, "Our house was between Azimpur and Lalbagh. People who had spaces used to keep cows and goats. We could hear them bellowing from time to time. Roosters used to call in the morning.”

In Azimpur Graveyard, jackals were found in large numbers. Another aspect that has been lost since is the Khuda-i Shaar or freed oxen, remembers Mr Nazrul. People would promise to give away their oxen if God granted their wishes, and those oxen were neither caught or butchered by anyone.

“Flocks of hawks and crows used to fly over the city in the afternoon. Migratory birds used to come to the lakes and ponds. Chirping pigeons and doves made us forget the bustling city life. The pigeons are still here, but hawks and sparrows have left the city."

Dhaka has lost its nature rapidly in the last few years as development projects took over the city, overwhelming the people residing, and making the city a lifeless concrete jungle void of all life and joy.

This picture represents a depressing descent of a city once full of life and nature into a soulless, melancholic predicament that ranks first in environmental pollution.