'The Enigma' goes up for auction 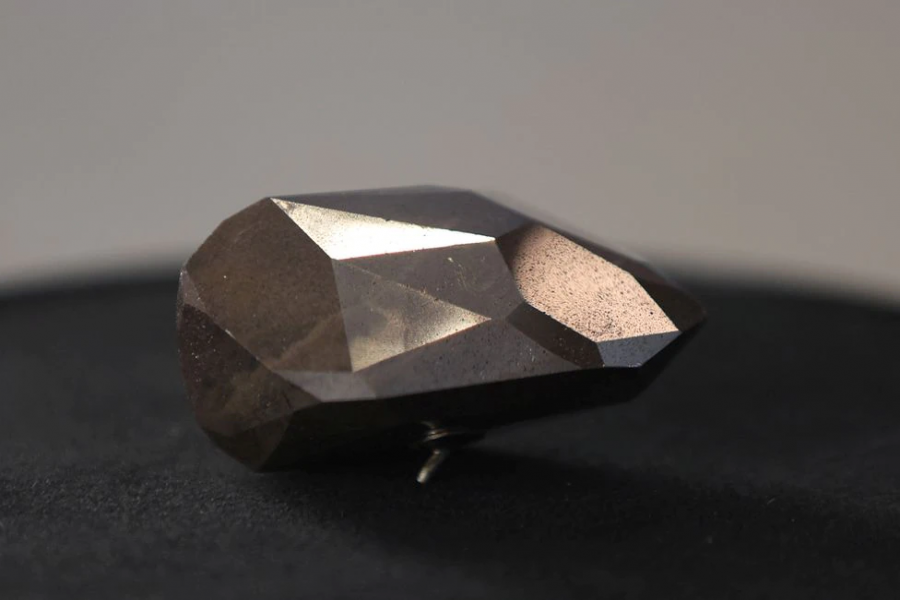 A black diamond weighing a staggering 555.55 carats is going up for auction at Sotheby's and living up to its name "The Enigmam," Reuters reports.

Bidding opens on Feb. 3 at 6 a.m. PST (1400 GMT) and closes on Feb. 9, Sotheby's said, adding cryptocurrency will be accepted for payment of the diamond.

Sotheby's said it is the largest faceted Fancy Black Diamond known to ever appear at auction and was listed as the largest cut diamond in the world in the 2006 Guinness Book of World Records.

Also known as a carbonado diamond, it is possible the black diamond came from outer space. Carbonados of this structure have only been found in Brazil and the Central African Republic, and scientists have long theorized about their origins.

"They are shrouded in mystery as to the origin or formation because there's not that many of them found on Earth," geologist Aaron Celestian, the curator of mineral sciences at the Natural History Museum of Los Angeles, told Reuters on Wednesday.

Celestian said most carbonados are about 2.6 to 3.2 billion years old. As Earth itself dates back to 4.65 billion years ago, carbonados were formed when Earth's plates were still moving and the oxygenation of the atmosphere was taking place, he said.

"We think that they could have formed super deep within the Earth's interior, far deeper than what we know already of diamonds. There's hypotheses that suggest that they formed at impact sites where a large asteroid hit Earth," Celestian said.

"There's also interstellar hypotheses that suggest that they grew in space and then later fell on the surface of Earth."

The Enigma has not been exhibited before and is expected to sell for between $4 million and $7 million. Its owner has had it for two decades, but little is known about its history before that.

Celestian believes research into the diamond would tell us a lot about deep-Earth mineralogy or the evolution of our solar system.

The diamond, which was exhibited in Dubai last week, was shown in Beverly Hills this week before heading back to London for the auction.