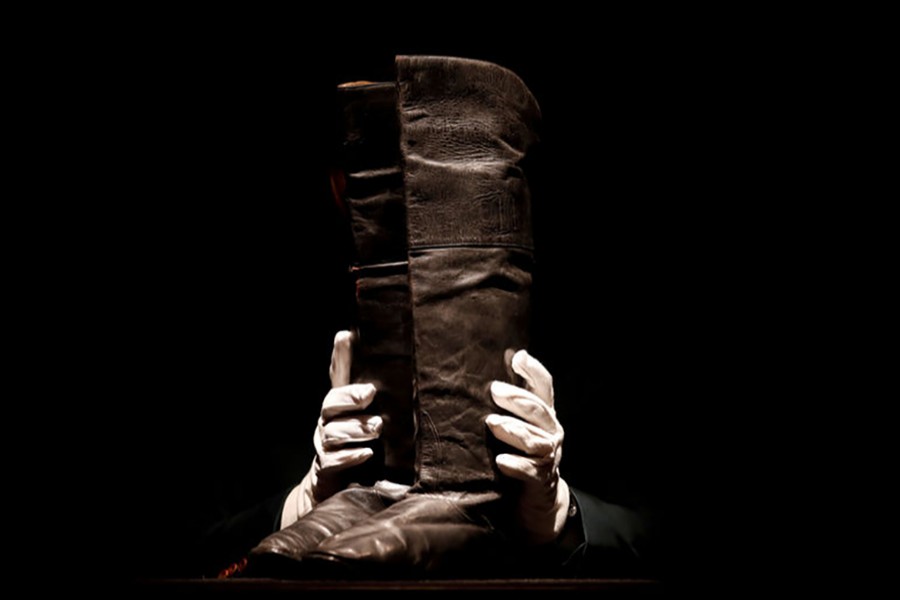 A pair of boots thought to belong to French Emperor Napoleon Bonaparte is expected to fetch up to 80,000 euros ($88,176) at a sale in Paris’ Drouot auctioneers on Friday.

Auctioneers said they believed Napoleon may have owned the leather riding boots during his final exile in Saint Helena, an island in the Atlantic Ocean, after his defeat at Waterloo.

“It’s difficult to separate these boots from the image we have of Napoleon,” said Alexandre Giquello, the auctioneer who will conduct the sale.

“It’s part of an icon, a universal one today, it’s extraordinary to sell this type of item. We know very well that image of Napoleon throughout the world: the hat, the boots, and maybe the frock coat.”

They come in at a European size 40 (US size 7, British Size 6.5) and match descriptions of Napoleon’s boot orders placed with shoemaker Jacques in Paris’ rue Montmartre, the auctioneer said. They were owned by Napoleon’s final companion, Grand Marshal Bertrand, after the emperor’s death in 1821, it added.

The boots were given to sculptor Carlo Marochetti to be used as a model for a sculpture of Napoleon riding a horse meant for his tomb.

Marochetti’s son gave the boots to the early 20th century French senator Paul le Roux, whose family has owned the boots ever since, according to the auction description.