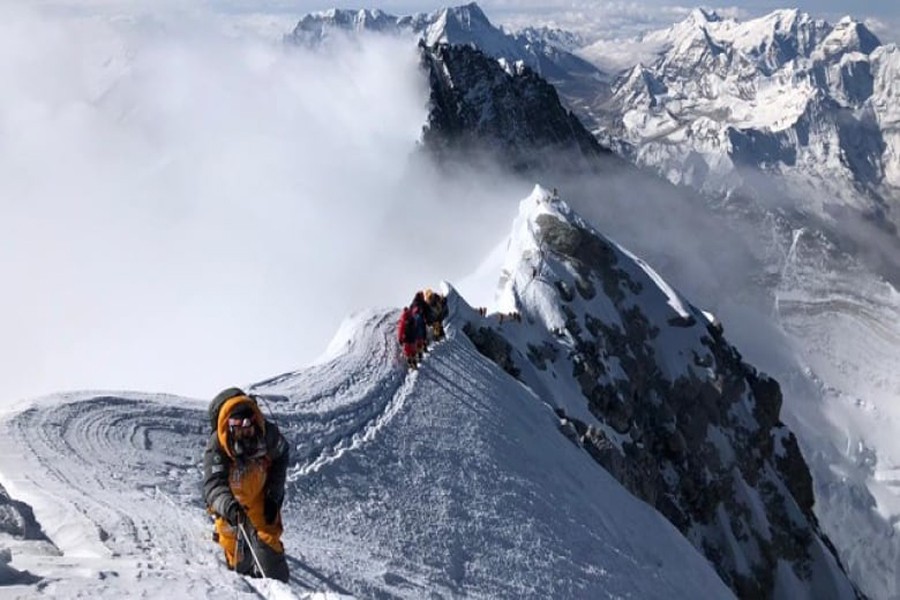 Kathmandu: Under pressure after a deadly season on traffic-clogged Mount Everest, Nepal is considering tightening access to the world's highest peak, but mountaineering experts fear the proposed changes could amount to little more than lip service, ACCORDING TO A REPORT BY www.news18.com/.

Eleven people died during the climbing season that ended this week, as record numbers lined the route to the summit. Although overcrowding was blamed for at least four deaths, many say inexperience is a bigger killer.

"People who know nothing of climbing, never been on a mountain, came and tried to climb Everest," Chilean mountaineer Juan Pablo Mohr told AFP after returning to Kathmandu.

"A lot of people didn't know how to put (on) crampons or (use) the fixed ropes," he said, adding they relied on an army of sherpas or Nepali guides to help them accomplish such basic tasks.

For years, Kathmandu has issued permits to anyone willing to pay $11,000, regardless of whether they are rookie climbers or skilled mountaineers.

But after a devastating spring season, officials told AFP they are considering imposing more restrictions.

"We are looking into having a minimum requirement for climbers, fixing more ropes or taking more oxygen and sherpas," said Mohan Krishna Sapkota, secretary at Nepal's tourism ministry.

For veteran mountaineers, the announcement of new rules amounts to little more than a futile annual exercise -- with the government each year promising tougher measures that fail to materialise by the following spring.

Russell Brice, whose company Himalayan Experience (Himex) has been organising Everest expeditions for decades, told AFP his meetings with government officials over the years had left him in no doubt about their indifference towards the industry.

"The ministry is in denial of overcrowding, of issuing too many permits, not checking what people are doing and so on," Brice said.

"It is just stupid words," he said, adding, "they are not interested."

In 2014, Kathmandu said it would double the number of fixed ropes near the summit to prevent traffic jams.