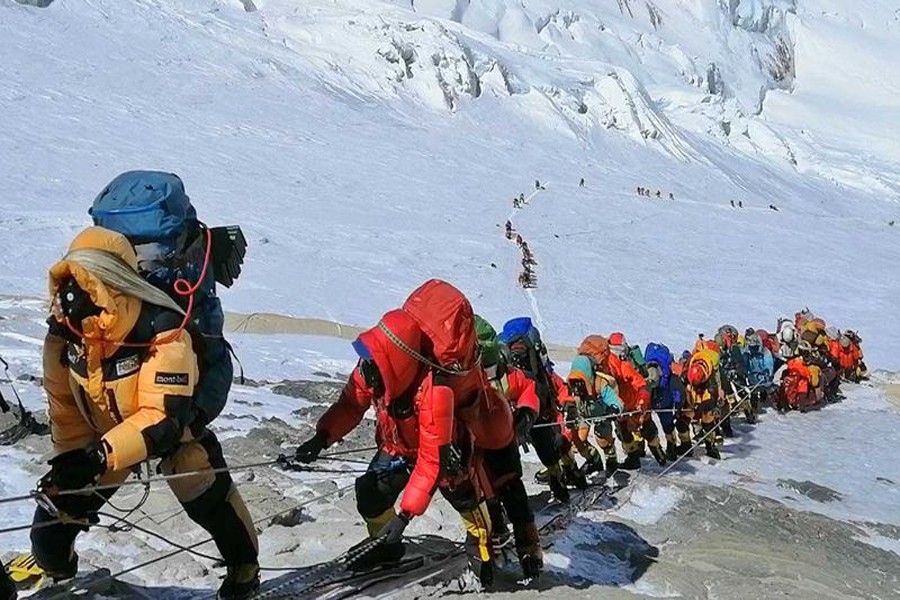 A Nepal government expedition to Mount Everest has removed 11,000 kilograms of rubbish and four dead bodies from the world's highest mountain, officials have said.

Some of the rubbish was flown to Kathmandu and handed over to recyclers in a ceremony on Wednesday officially concluding the cleaning campaign. Officials called it a successful mission but said more trash still needs to be collected. Some is covered by snow and only is exposed when temperatures rise.

Officials have not been able to estimate exactly how much garbage is on the mountain. Most was at Camps 2 and 3, at which climbers can rest along the way from the base camp to the 8850m summit.

Ghimire said the four bodies were exposed by melting snow and were carried to base camp and then flown to a hospital in Kathmandu for identification. Climbers struggling to make it down the mountain alive sometimes are unable to carry out the bodies of teammates who have died.

More than 300 climbers have died on Everest since it was first conquered in 1953. It is unclear how many bodies are still on the mountain, and officials said they have no records.