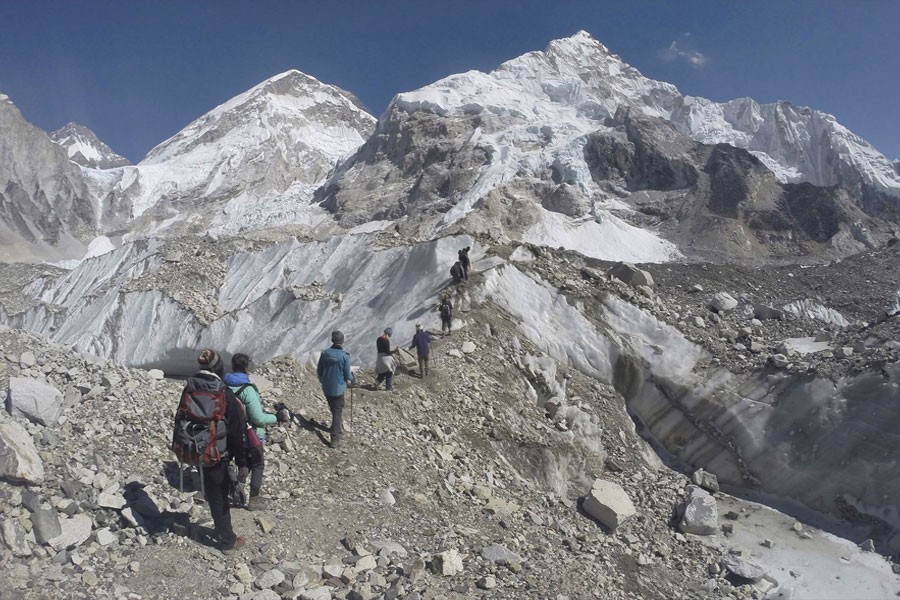 Nepalese authorities have banned single-use plastics in the Everest region in a bid to cut down on waste left by climbers.

The ban will take effect in the Khumbu Pasang Lhamu municipality from January 2020.

All plastic drinking bottles and plastics of less than 30 microns in width will be banned in the province. No penalty has yet been announced for violators.

Trekking companies, airlines and the Nepal Mountaineering Association will work with local officials to enforce the ban.

Khumbu Pasang Lhamu receives tens of thousands of tourists every year, and the government is introducing more and more measures to limit the effect they have on the area, reports the BBC.

In August, an advisory panel recommended that people seeking to summit Everest should employ experienced guides and should first climb a Nepali peak of at least 6,500m (21,325ft).

Currently, a permit for the world's highest mountain costs $11,000. The panel suggested increasing this to at least $35,000.

Earlier in 2019 at least 11 people died or went missing on the peak, of a record 885 people who attempted to climb Everest this climbing season.

Recreating your home with Puja-look

‘Recognise crimes against Rohingya as genocide’

UNHCR stresses support, solutions for Rohingyas ahead of donor meet

Rio woman survives on flower sales out of 1969 Volkswagen Beetle