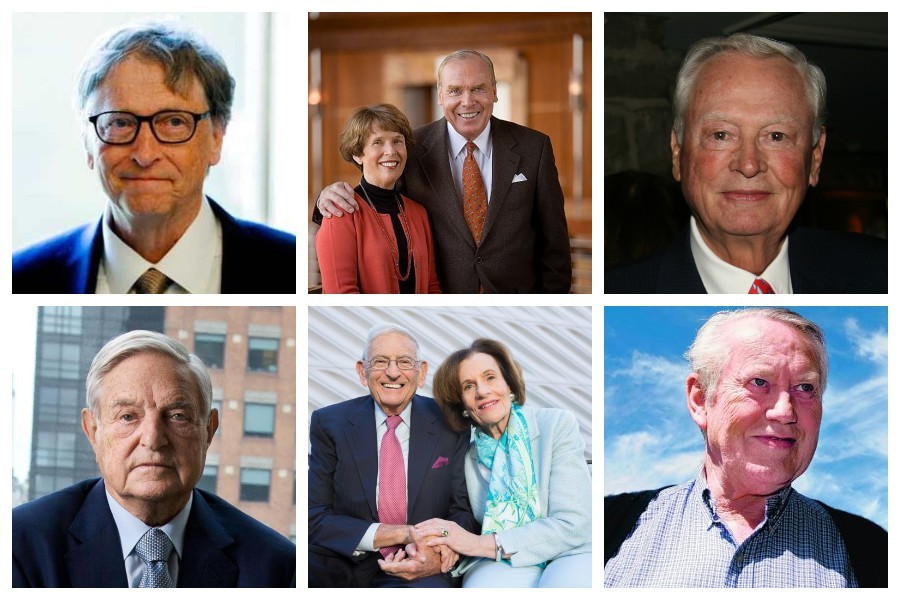 Despite the world having a huge amount of people who live below the poverty line, the number of Billionaires in the world is increasing fast.

What is more encouraging is that these benevolent billionaires are very approachable. Anyone can reach them through their websites to apply for a donation with proper documents and details of the necessity.

Bill Gates had the title of being the richest man in the world for quite some time. Even after all these years, he consistently ranks amongst the richest people in the world.

Bill Gates gives a large amount of his wealth away to charity through Bill and Melinda Gates Foundation, which he co-founded with his ex-wife Melinda Gates.

The Hungarian born billionaire is widely known for his Charitable nature. He has given away more than 40 per cent of his net worth in charity and a significant portion of that has been spent in Hungary.

He is one of the people funding the Central European University. The name of his charity organisation is Open Society Organisation and anyone can contact them through their website.

Chuck Feeny is an Irish American businessman who has made a huge fortune. He gives a lion's share of his wealth away in charity through his organisation The Atlantic Philanthropies which is one of the largest charitable organisations in the world and is pretty approachable through their website.

It is reported that Feeny has given away more than US$8 billion of his wealth and he himself lives in a rented house.

The husband and wife made a huge fortune through chemicals and are actively engaged in charitable activities throughout the world.

The philanthropy activities are run through Huntsman Corporation. Anyone can approach them for a donation for a noble cause through their website.

Hilton Hotels are known throughout the world. Barron Hilton inherited the business from his father in the 1950s and has given away a large portion of the fortune to the Hilton Foundation which donates funds for charitable works.

The benevolent billionaire died in 2019. His son Richard Hilton now looks after the Hilton companies.

The founders of Intel Corporation, the Moores have given a lot away through their organisation Barron and Betty Moore Foundation which has given away as much as 71 per cent of their net worth.

The Broads are billionaires by virtue of their house-building organisation and they also donate a huge amount of their wealth to charity which is reportedly as high as 57 per cent of their net worth through their organisation The Broad Foundation.

Eli broad died last year, however, The Broad Foundation continues its charitable works to this day.