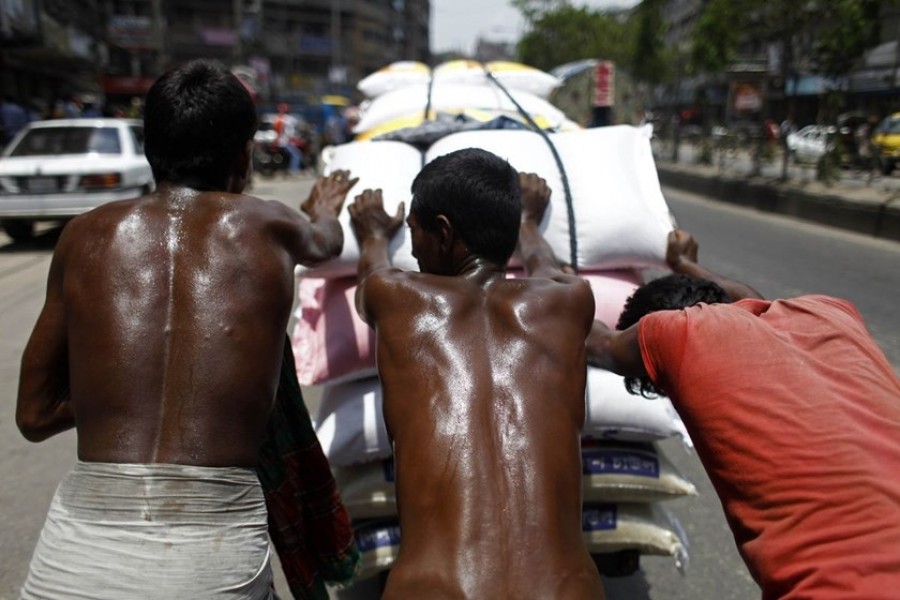 United Nations Secretary-General Antonio Guterres has shared new data from the World Meteorological Organization and Copernicus Climate Change Programme, including that July at least equaled, if not surpassed, the hottest month in recorded history, reports UNB.

“According to the very latest data from the World Meteorological Organization and its climate centre—the month of July at least equaled if not surpassed the hottest month in recorded history.

This follows the hottest June ever,” said the Secretary-General.

He said these extreme weather events are just the tip of the iceberg if they do not take action on climate change now, according to the UN office in Dhaka.

“And that iceberg is also rapidly melting. The world’s leading scientists tell us we must limit temperature increases to 1.5°C if we’re to avoid the worst impacts of climate change. We need to cut greenhouse emissions by 45 per cent by 2030,” said the UN chief adding that they need carbon neutrality by 2050.

Guterres said they need to mainstream climate change risks across all decisions to drive resilient growth, reduce vulnerability and avoid investments that could cause greater damage.

The latest announcement comes in advance of the upcoming 2019 Climate Action Summit.

The Secretary-General has called upon leaders from government, business, and civil society to come to the Summit with concrete plans—clear steps to enhance nationally determined contributions by 2020—and strategies for carbon neutrality by 2050.