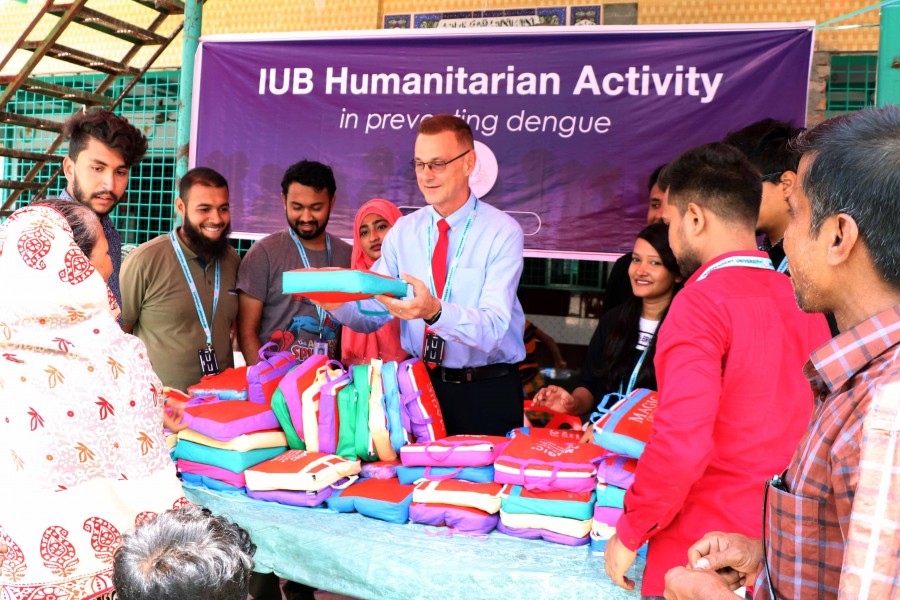 Independent University, Bangladesh (IUB) has distributed 1250 pieces of mosquito nets among the slum dwellers in Kalyanpur area of Dhaka city.

During the existing crisis of deadly dengue disease, since prevention has become a very crucial matter, the university distributed the mosquito nets among the disadvantaged people.

Prof. Milan Pagon, Vice Chancellor (Acting), IUB handed over the aid to the most vulnerable people at a benevolent campaign of the university on Sunday.

Md. Anwarul Islam, Registrar, Dr. NafisaHuq, Assistant Professor, School of Public Health at IUB, its students and large number of people of the community were present.

On Monday, the IUB sprayed mosquito killers through fogging machines in various parts of Bashundhara residential area of the capital, says a media release.

They also arranged a rally to create awareness and making people alert in preventing dengue.