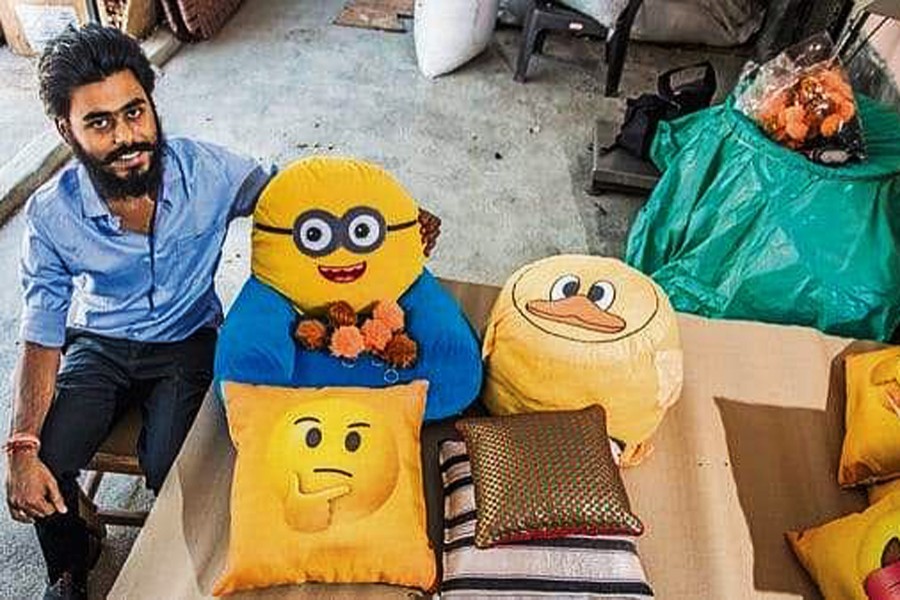 Never in our wildest imagination could we be able to think of things like toys, pillows, earrings and so on made of Cigarette butts, until a certain man from India made it possible.

Naman Gupta from New Delhi, India has done something really out of the ordinary as he has been able to transform cigarette butts into many useful things.

In a recent video of Nas Daily, the famous vlogging channel run by NuseirYassin, Naman's somewhat unconventional craft was highlighted.

Naman came up with this idea about 3 years ago noticing something irritating about cigarette butts. He observed that it was not possible to take a single step without stepping on a cigarette butt.

Naman thinks, smoking is a choice for people but trashing the streets is not. Hence, he decided to come up with an unconventional solution. He collected as many cigarette butts as he could from the streets and tried to run experiments to find out what exactly can be done with those butts.

Although never studied science, Naman was able to come up with a formula that turns cigarette butts into cotton within a span of 2.5 days.

Now, Naman has a huge factory where he pays other people to collect cigarette butts from all over India. Over a million cigarette butts come to his factory every day, and they are later transformed into many colourful products.

Naman considers the process to be ‘upcycling’ as he is not only reusing something but creating new material of greater quality with it. Cigarette cotton is totally devoid of tobacco and hence the products that are made of it, like dolls, pillows, buttons, chairs, etc. are safe to use, claims the man behind the innovation.

Naman considers himself to be a totally normal person and believes if people come up with solutions to problems that are greatly affecting society but mostly overlooked, then the world would be a better place to live in.