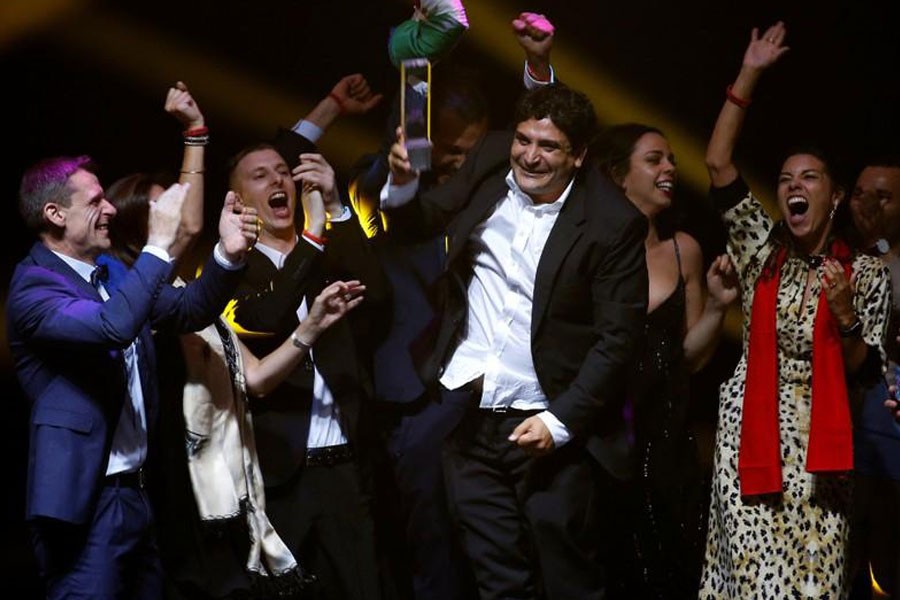 Chef-owner of Mirazur restaurant Mauro Colagreco and his team react after receiving the award for Best Restaurant during the World's 50 Best Restaurants Awards at the Marina Bay Sands in Singapore, June 25, 2019 - REUTERS/Feline Lim

Mirazur in France has been crowned the world's best restaurant at an awards ceremony in Singapore.

The eatery on the French Riviera came top in the annual competition organised by the World's 50 Best Restaurants.

Mirazur, run by an Argentine chef, was praised for a number of its dishes, including salt-crusted beetroot from its own garden with caviar cream.

The awards, held since 2002, now rival the famous Michelin stars, although some experts question the methodology.

The list was compiled based on the judgement of more than 1,000 culinary experts.

Spain had three restaurants in the top 10, while France, Denmark and Peru each had two entries, says a BBC report.

The UK had two restaurants in the top 50, with The Clove Club coming in at 27 and Lyle's at 33. Both are in Shoreditch, London.

What made Mirazur the world's best?

It was particularly impressed by its "unrivalled views of the French Riviera, three levels of cascading vegetable gardens churning out the sweetest produce and a team of outrageously talented cooks and front-of-house staff".

Argentine chef Mauro Colagreco said he felt like he "was in the sky", Reuters reports.

He said that winning the prestigious award "showed the world when you have a dream all is possible".

The restaurant was opened in 2006, and now has three Michelin stars.

What about the criticism?

The top 50 list is based on an anonymous poll of culinary experts from around the world.

Critics point that there are no well-defined criteria in assessing restaurants.

Rules were also changed this year to exclude restaurants that had previously topped the poll.