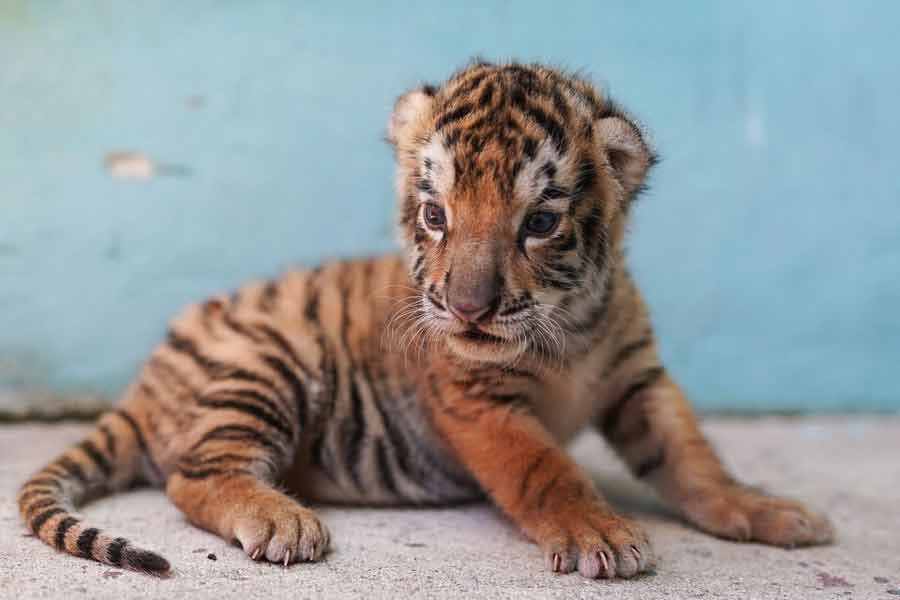 Another rare Bengal tiger cub was born at Cuba's National Zoo in Havana, zookeepers said on Friday, just over a year after four of the striped and adorable baby beasts - amongst them a rare white tiger - graced the grounds.

The birth of all the cubs comes after trying for 20 years to breed the endangered felines.

All the cubs were born to Fiona and her mate, Garfield.

Sadly, the new cub is the sole survivor of a litter of four born two weeks ago, as his siblings suffered from severe neurological problems and perished, reports Reuters.

Born underweight, the newcomer, who has yet to be named, is being cared for in the artificial breeding department of the zoo where he is reported to be "frisky".

"The birth of the cub was a joy. It was so small and we have been feeding it milk and caring for it in other ways," 21-year-old Maria Karla Gutierrez, one of its care givers, said as she cuddled the small cat.

Thousands of the Bengal tigers, known for their orange coats, once roamed the forests in Bangladesh, India and Nepal. But their numbers have plummeted to about 2,500, wildlife experts say. Poaching, deforestation and over-hunting have all taken their toll.

The National Zoo, a wildlife park, is a favorite attraction for Cubans, with 1,473 specimens of more than 120 species, including large animals such as elephants and rhinos.

"For the park, for the country and for the world it is a very beautiful thing since tigers are in danger of extinction,” zoological veterinarian Angel Cordero said.

"It makes us proud. We are very happy and we are going to continue reproducing the animals," he said.

Tips for your bridal beauty to survive the monsoon weather

Body skincare is as essential as face skincare