Egypt unveils biggest ancient coffin find in over a century 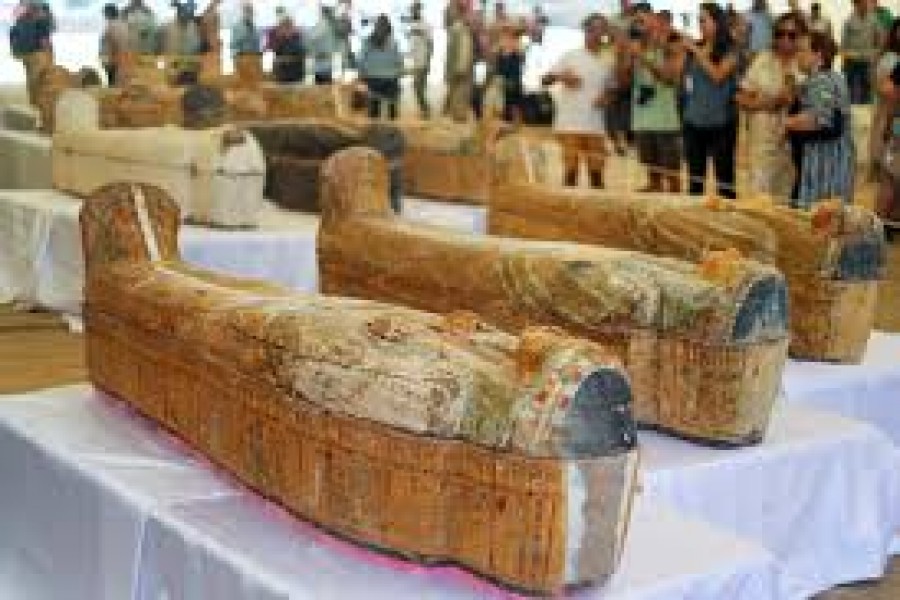 Egypt on Saturday unveiled the details of 30 ancient wooden coffins with mummies inside discovered in the southern city of Luxor in the biggest find of its kind in more than a century.

A team of Egyptian archaeologists discovered a “distinctive group of 30 coloured wooden coffins for men, women and children” in a cache at Al-Asasif cemetery on Luxor’s west bank, the Ministry of Antiquities said in a statement on Saturday.

“It is the first large human coffin cache ever discovered since the end of the 19th century,” the Egyptian Antiquities Minister Khaled El-Enany was quoted as saying during a ceremony in Luxor.

The intricately carved and painted coffins, three thousand years old, were closed with mummies inside and were in “a good condition of preservation, colors and complete inscriptions,” the statement added.

They were for male and female priests and children, said Mostafa Waziri, the excavation team leader, dating back to the 10th century BC under the rule of the 22nd Pharaonic dynasty, Reuters reported.

The coffins will undergo restoration before being moved to a showroom at the Grand Egyptian Museum, due to open next year next to the Giza pyramids, the ministry said.

The discovery is the latest in a series of major finds of ancient relics that Egypt hopes will revive its tourism sector, which has been badly hit by political instability since the 2011 uprising that toppled Hosni Mubarak.

Earlier this month, Egypt unveiled two archaeological discoveries in Luxor including an industrial zone at the city’s West Valley, also known as the Valley of the Monkeys.