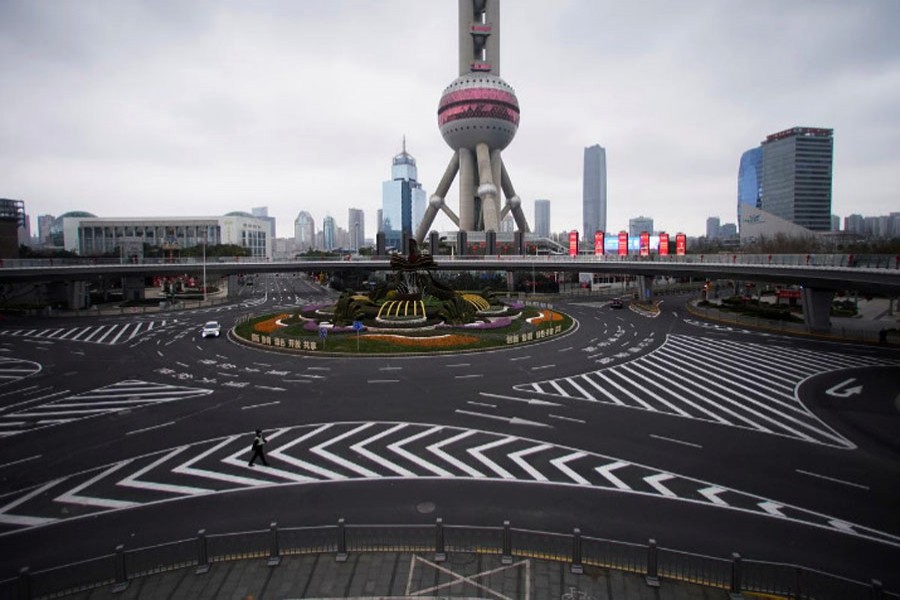 After making sure everyone’s face mask is on and sanitizer is to hand, the Qiao family heads out to Jingshan Park, a former royal sanctuary beside the Forbidden City in China’s capital Beijing.

Snow has fallen for a second day, a rare event in the city of 21.5 million that would normally bring hundreds of thousands of people out to take photos and play. But the streets are empty and the parks are so quiet the only sound is of birds chirping.

It’s not just Beijing. Shanghai, China’s financial hub, and other cities in the world’s most populous nation have turned into ghost towns after the government extended a holiday and asked residents not to go out because of the coronavirus, reports Reuters.

“We know the situation of the coronavirus is severe. But the epicentre is far away, so we think it should be fine here ... It’s a God-given chance to enjoy this family moment with snow and without work,” said Mr Qiao, who has an 11-year-old daughter.

The epidemic has killed 722 people and infected nearly 32,000 in China as of Feb 8. More than three-quarters of the cases are in the central Hubei province where the virus originated - more than 1,000 km (620 miles) from Beijing.

Only a few people are brave enough to come out. A security guard at Jingshan Park said there were less than a third of the number of tourists than usual, even with the rare snowfall.

Even at one of the best spots for snapping photos of snowy Beijing just outside the Forbidden City, there’s barely a crowd, while the usual tour buses and groups of people speaking different dialects are nowhere to be seen.

“Last year when it snowed, I took a few hours off work to come down here to take a picture and the crowd was several layers deep,” said a man in his 30s who gave his surname as Yang. “But this year, I am not at all worried about finding a space to take a photo. The virus is keeping people indoors.”

Security guards along Wangfujing street, a popular pedestrianised shopping area in downtown Beijing, said it was normally so crowded during the holiday period that it was hard to move around.

“Look at it now, there are more security guards and street cleaners than tourists!” said one of the guards.

Businesses, including shops, bars and restaurants, have been severely hit by the epidemic as the government has banned mass gatherings and even group meals in an effort to curb the spread of the coronavirus.

“You would have to wait outside for a table on a normal day,” said a waitress at a restaurant with more than 50 tables. Just five were taken at the peak lunch hour.

Only a handful of the more than 100 restaurants along Beijing’s famous food street, Guijie, were open, and the remaining outlets were wondering how long they can hold out.