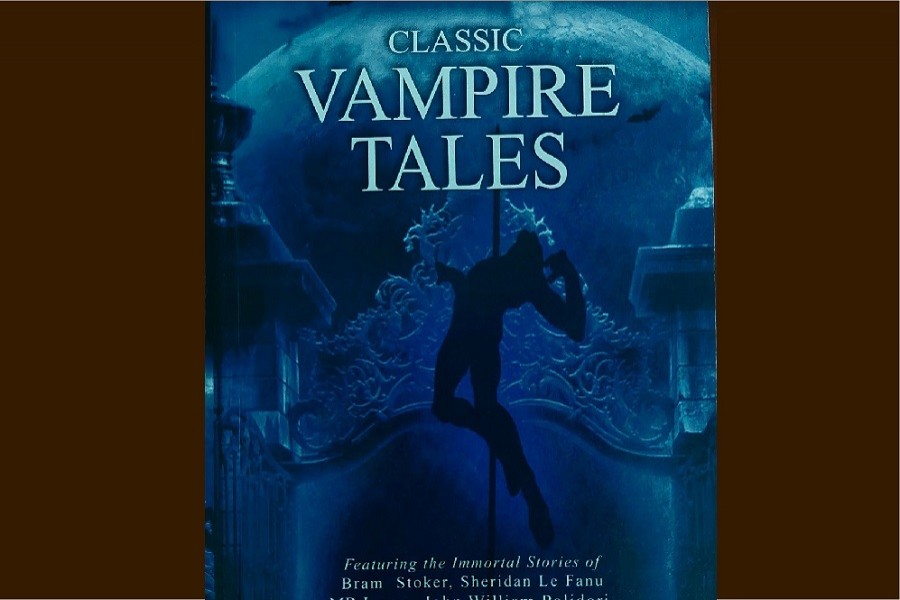 Vampire stories have been at the forefront of European horror fiction for a long time. With the publishing of Bram Stoker's Dracula, the genre transcended its geographical boundary in Europe and started to become popular in a global context.

The book, Classic Vampire Stories, published by Jaico Books has a compilation of some of the greatest stories ever written which belongs to the genre.

The book contains John William Polodori's 'The Vampyre' and Joseph Sheridan Le Fanu's 'Carmilla', two stories which are said to have inspired Bram Stoker in writing his magnum opus 'Dracula.’

It also has the story 'Dracula's Guest' which was written as a prequel to the book by Bram Stoker himself. Other stories in the book, such as 'Wake Not the Dead,' 'An Episode of Cathedral History,' 'Clarimonde,' etc. are some classic works in the history of the genre.

Although there is a stereotypical notion associated with vampire stories, that is, they take place in some remote corner of Europe with an eerie landscape, the diversity of the plots in the stories of the book will completely debunk this stereotype from the mind of the readers.

The stories often have strong elements from other genres, for example - 'Good Lady Ducayne,' although is a vampire story, has allusions to dystopian science fiction and 'Clarimonde' will take the reader into mediaeval France, with knights, castles, romanticism and everything in between along with the ubiquitous horror element which comes from the vampire.

Readers might find themselves unfamiliar with the usage of a few archaic words and sentences in the stories which are totally out of use nowadays. This can be found in the stories of the British writers, although they are quite negligible to be properly taken into account.

The book is a good read for anyone and everyone who has the slightest bit of a knack for horror and vampire fiction.

And especially for people having an interest in immersing themselves in the world of mediaeval European aristocrats and lore in general, this book is a masterpiece.

Turmeric powder: A cooking ingredient that can improve your skin radiance

Right way of face contour and highlighting of makeup base

Into the colourful world of cosplay culture in Bangladesh

‘In search of an identity, she became a brand’ - Kaarina Kaisar's journey as a comedian

The ‘you-know-who’ of all social taboos- Money Management!