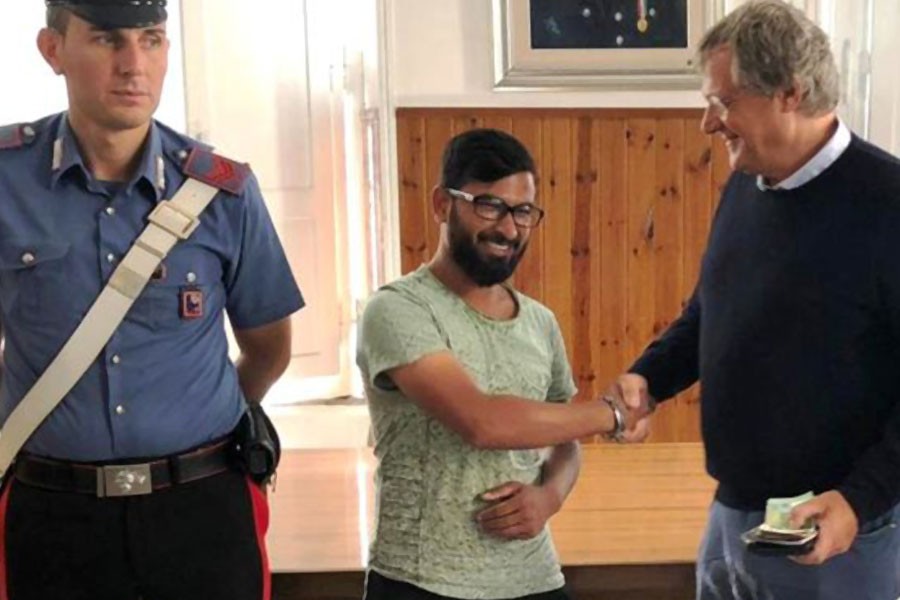 Mossan Rasal (centre) was able to deliver the wallet - and its contents - to the rightful owner, Photo Source: Italian Carabinieri

Mossan Rasal, a 23-year-old Bangladeshi citizen, went directly to the police after spotting the item on the pavement in the Italian capital on Friday.

It was then arranged for the owner to collect the wallet from Mr Rasal, reports the BBC.

He was thanked for his honesty but said "I did not do anything exceptional," adding: "That money wasn't mine."

"I didn't know the amount because I didn't count it, I just took everything to the [police] station," Mr Rasal told Italian daily La Repubblica on Sunday.

"It was about being honest, as my family taught me to be," he added.

Mr Rasal, who runs a small stall in central Rome, has been living in the city for seven years. He said that he would be happy if the owner of the wallet, a local businessman, now visited his stall and became a regular customer.