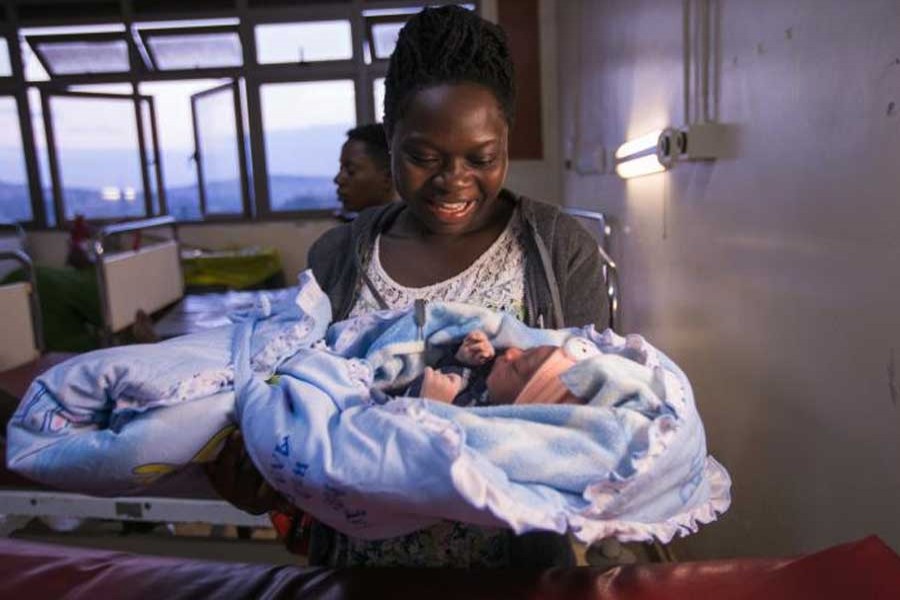 The east African country's newborns accounted for approximately 1.0 per cent of an estimated 392,078 babies born worldwide on New Year's Day, UNICEF said in a joint statement on Thursday.

"The beginning of a new year and a new decade is an opportunity to reflect on our hopes and aspirations not only for our future, but the future of those who will come after us," said UNICEF Executive Director Henrietta Fore.

"As the calendar flips each January, we are reminded of all the possibility and potential of each child embarking on her or his life's journey -- if they are just given that chance," she said.

UNICEF said over the past three decades, the world has seen remarkable progress in child survival, cutting the number of children worldwide who die before their fifth birthday by more than half.

However, there has been slower progress for newborns, with babies dying in the first month accounting for 47 per cent of all deaths among children under five in 2018, up from 40 per cent in 1990.

In Uganda, newborn deaths have stagnated at 27 deaths per 1,000 live births, according to the children's agency.

The leading causes of newborn mortality are complications of prematurity, birth asphyxia and severe infections, while one third of under-five deaths is due to largely preventable or treatable conditions, such as malaria, pneumonia and diarrhea.

"Uganda has invested in ensuring child survival through community and facility level interventions hence the reductions we see in child mortality," said Jane Ruth Aceng, Uganda's minister of health, said in the statement.

"Additional efforts will focus on bringing services closer to our people through infrastructural development, including advanced care for all newborns by establishing special care units in hospitals and Health Centre IVs," she said.