Son among seven sentenced to death for housewife's murder in Noakhali 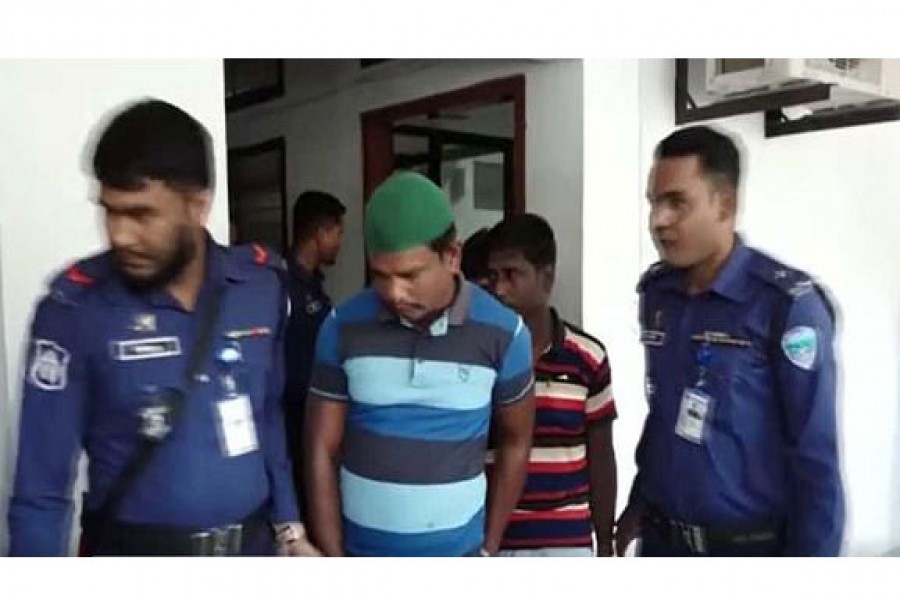 A court has handed down the death penalty to seven people for the murder of a woman in Noakhali in 2020. One of the convicts is the victim's son.

The capital punishment recipients are 29-year-old Humayun Kabir, the woman's son, 26-year-old Nirab, 32-year-old Nur Islam, 30-year-old Kalam, 33-year-old Sumon, 28-year-old Hamid, and 30-year-old Ismail. They were all in court for the verdict.

The convicts have also been fined Tk 5,000 each, according to public prosecutor Gulzar Ahmed Jewel.

On Oct 7, 2020, police recovered the decapitated body of Noor Jahan, a 58-year-old housewife, from a paddy field in Subarnachar Upazila's Jahajmara village. Three more pieces of her body were found in the same field the next day, Jewel said.

In the wake of the incident, Humayun started a murder case against unidentified assailants at the local police station. Nirab and Nur Islam, who butchered the body of the victim, were arrested as suspects in the course of the investigation.

During interrogation, however, the two revealed that the case's plaintiff, Humayun, was also involved in the murder.

According to the case dossier, Belal Hossain, Noor Jahan's son from her previous marriage, died a few years before her murder. Noor Jahan later had a row with her other son, Humayun, over the repayment of Belal's debts. Consequently, Humayun plotted with friends, relatives and neighbours to kill his mother.

On Oct 6, Noor Jahan was smothered to death with a pillow. Her body was then sliced into five pieces and scattered across her neighbour's paddy field.

Five suspects also gave 'confessional statements' to the court, which led to the recovery of the knife used to dismember the body and the saree worn by the victim.