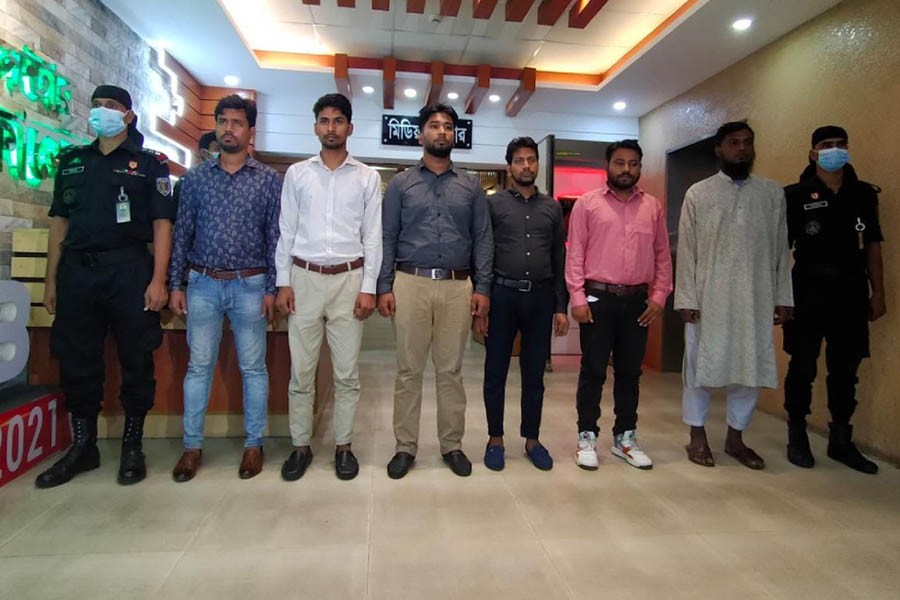 Rapid Action Battalion (RAB) claimed to have arrested six members of a fraud ring from Dhaka's Mirpur as they swindled a large sum of money from job seekers with false promises.

The fraudsters told the police that they were also deceived by fake job advertisements on social media before making a profession out of it, reports UNB.

Legal actions will be taken against the arrestees, Bina Rani said.

Youth stabbed to death in Keraniganj