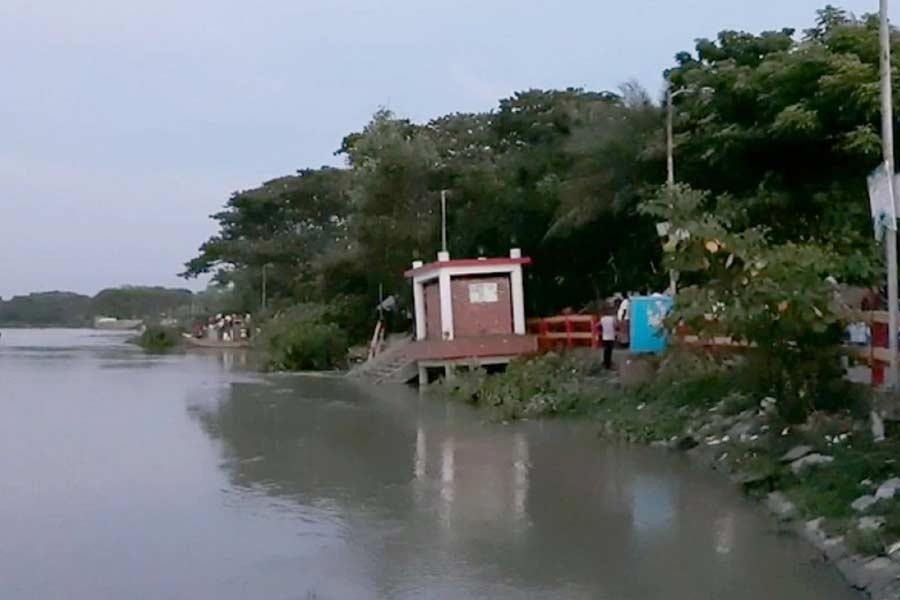 A 20-metre area of Madaripur town protection embankment at Launch Ghat area of the district was washed away due to Arial Khan River erosion on Saturday afternoon.

Sources said the town protection dam as well as the walkway along the river and a nearby house collapsed around 4:00 pm on Saturday, keeping hundreds of houses at risk of demolition.

The sudden erosion also put hundreds of establishments in the city-- including Launch Ghat, police outposts and primary schools-- at risk of collapse.

Panicked locals have started to leave the affected area with their essential goods.

Local residents fear that major accident could happen if the authorities concerned failed to begin construction of durable embankment and dumping activities as soon as possible.

"We are very worried. If effective measures are not taken from now on, the whole town will be at risk of collapse,” Kamal Sardar, a resident of the affected area, said.

They assured the people of taking effective steps to prevent erosion by dropping sand-filled geo-bags within the night.

“More sandbags will be thrown soon. Water could not enter the town due to lack of water in the river,” the BWDB engineer added.

Jute farming on the wane in Naogaon