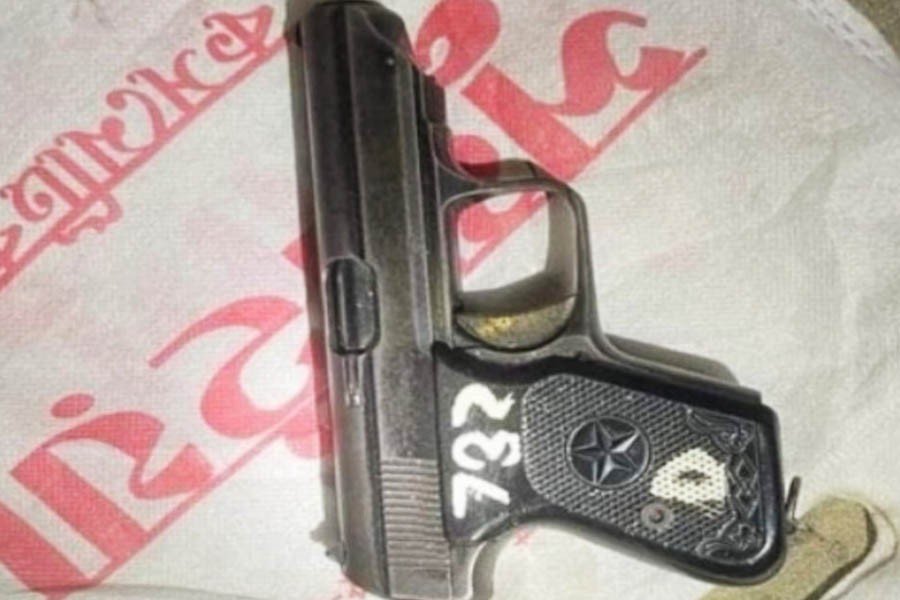 Police have recovered a pistol that was looted during an attack on three people including two members of Rapid Action Battalion (RAB) at Mirsarai in Chattogram.

The firearm was recovered early Sunday from in front of a house in ward-5 of Baraiarhat municipality in the upazila, said Nur Hossain Mamun, Officer-in-Charge of Jorarganj police station.

Earlier on Saturday, OC Mamun gave a 24-hour ultimatum to return the looted firearm in a meeting with some local traders at the municipality, reports UNB.

"On Saturday night we received an anonymous call that gave information about the arm's location. We found a letter with the arm that said the man who kept it was scared to hand over it directly to the law enforcers after finding it," said OC Mamun.

On Wednesday evening, some drug peddlers attacked three people including two RAB personnel spreading rumours of robbery when they went to Baroiarhat Municipality Bazar in a car to gather information about drugs-business in the area, leaving the RAB men seriously injured. The two RAB members were late taken to Dhaka for better treatment by helicopter.

RAB-7 has so far detained 13 people over the incident from Chattogram and Feni districst after identifying them from CCTV footages.

Do Something Foundation distributes relief to 5,000 flood victims in six districts

Husband to walk gallows for killing wife in Netrokona

Schoolteacher drowns in floodwaters in Netrakona