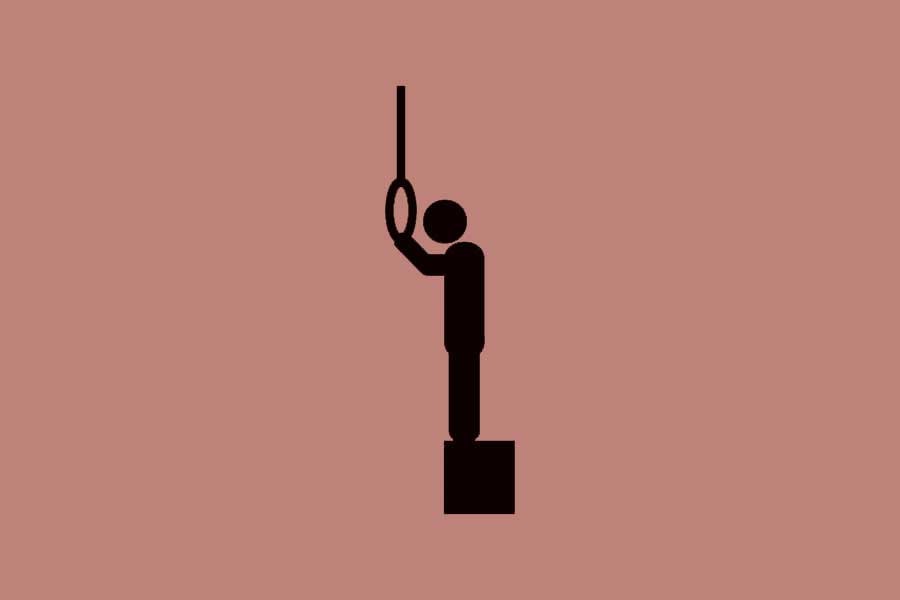 The hanging body of a 13-year-old boy was recovered from Beanibazar municipality in Sylhet.

Police said the boy was playing the Blue Whale game in his tab just before his death, reports UNB.

The deceased was identified as Ahmad Al Abi, 13, a student of class seven and son of Noman Ahmed, member of the executive committee of the local Awami League, said Hillol Ray, Officer-in-Charge of Beanibazar police station.

The body was recovered around 11 pm on Sunday from Abi’s residence at Sridhara village, he said.

The family members called the police when Abi was not responding as they found the gate locked from inside after returning from visiting a relative, said police.

“Police found the boy’s body hanging from the ceiling and he was wearing his sister’s salwar kameez,” he said.

His tab and a piece of paper with 302 written on it were recovered from his room, said the OC.

The reason for committing suicide can be confirmed after investigation and postmortem, he said.

“Blue Whale challenge" was reported to be an online "suicide game" aimed at teenagers which set 50 tasks over 50 days. Several suicides in the country and across the globe were linked to the game before.

Considering fare hike, but nothing decided yet: Railway minister