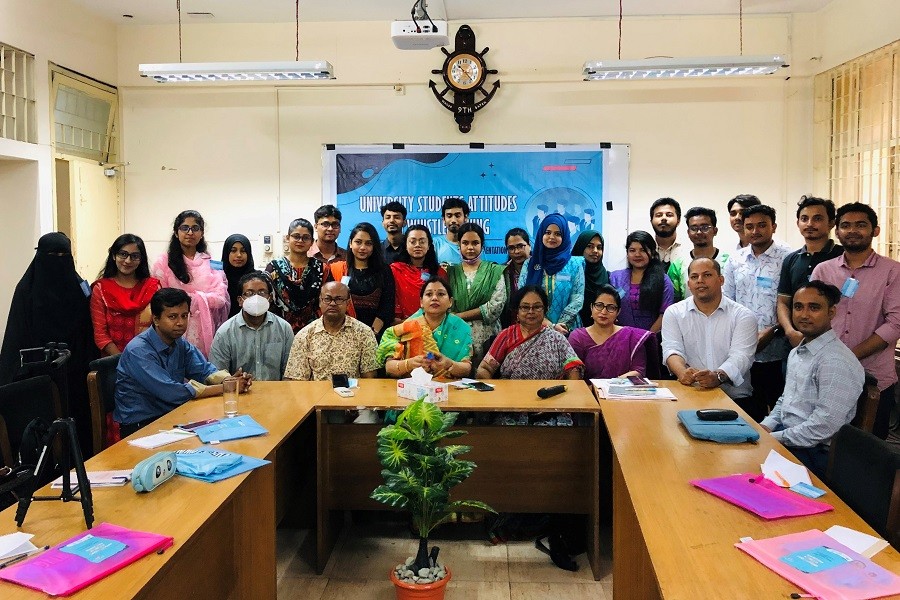 Jahangirnagar University (JU) has organised a workshop titled 'University Students attitudes on whistleblowing: Awareness, Progress and Challenges of Implementation at the Public Sectors in Bangladesh.'

The day-long program was inaugurated on Thursday (May 19) at 9 am in the seminar room of the Department of Government and Politics by the Dean of the Faculty of Social Sciences, Professor Akbar Hussain.

Since the birth of Bangladesh, youth have played a leading role in all fields. Young people were the first to speak out against all irregularities.

"Leadership qualities will be developed among the youth by informing them about the real method of protest and the laws that are in place to protect them. Through this, I hope that the irregularities and corruption in government agencies will be eradicated,” said the Project Director and Associate Professor of the Department, Nurul Huda Shakib, about the purpose of the workshop.

In the inaugural session of the workshop, former professor of government and politics, Nasim Akhtar Hossain said, 'The kind of society we want to build depends on the activities of our youth. If they raise their voice against injustice and irregularities in any situation and they are able to create that voice response, they will be able to reach the desired goal in spite of enormous obstacles.

Project Assistant Mahfuzur Rahman said, “In order to change the culture of irregularities and corruption in our government agencies, it is important to bring change in the young society as well as the current university students, as they will lead various government agencies in the future."

"It is my firm belief that such an awareness workshop among the students will help them to increase their moral practice and take a stand against injustice. Our organisation will be successful only if the students are a little aware through this program,” he added.

Project Director and Associate Professor Dr Sakib has been awarded ‘The International Visitor Leadership Program (IVLP)’ on ‘Transparency and Accountability in Government Exchange Program’ by US Government in 2021.

Standing out from the crowd

Two years of DU ‘Nirapotta Moncho’: A strong voice for the DU students

151 applications against each seat in JU admission test

Life of Bangladeshi students in Canada