Joining the Bangladesh Army: How hard the process is? 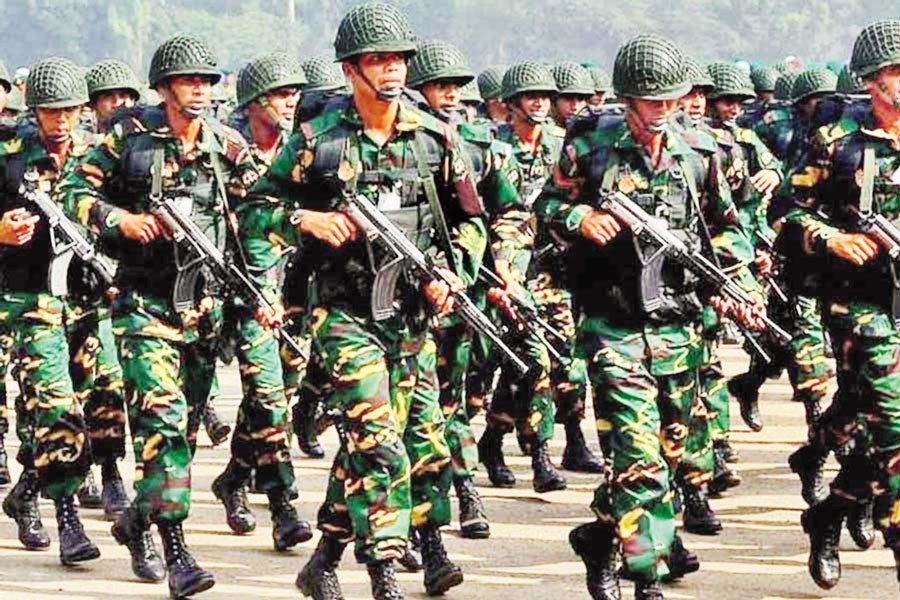 The army is one of the most fascinating jobs in the world. They get to live a life different from others. The movies and series made about wars and special operations add to this fascination of the youths.

Our country is no different as every year thousands of young aspiring men and women apply with the hopes of joining the army. Our topic of discussion today is the preliminary process for selecting officer cadets in Bangladesh Army.

First of all, we must know that in our country the army is structured in a way that the soldiers and officers are selected separately. Joining as a soldier requires comparatively fewer educational qualifications than that of officers.

On the other hand, in the case of applying for being an officer cadet, one must have good grades according to the Bangladeshi grading system. There is also scope for English Medium students as equivalent grades are required in that case.

Now coming to the detailed process, we must understand one thing, the army admission exam is just not an ordinary exam. Generally in admission tests, what happens is that there are a specific number of seats and the candidates scoring the most marks are selected.

But the Army works differently. A candidate’s educational background, smartness, psychology and sharpness of mind, all are considered while selecting a candidate. But before all that, the candidate must prove him/herself to be physically alright to go for the army.

A person’s whole body is thoroughly checked. Each part, regardless of how uncomfortable or awkward it might be. Some abnormalities and shortcomings would cause a candidate to be judged unfit for the services. The most common cases are knock knee, flat foot and dissection or self-harm.

Generally, these problems would not have much effect on your normal day, but a person having a knock knee and flat foot would face a huge amount of difficulty in running.

Another major issue is self-harm. Many people hurt themselves during their childhood or even after becoming adults when they get depressed, anxious or sad. There might be other reasons for it. Whatever the reason is, it denotes that the person is unable to handle mental pressure and traumas.

As army personnel are trained to fight battles, in the war, there might arise many pressure situations and the army would certainly not want to take a person who is unable to handle that situation.

It’s a short viva generally taken behind closed doors. The objective of this test is to see whether the candidate has the minimum smartness, communication skills and common knowledge.

Many candidates get puzzled by seeing so many officers together asking them different questions. Keeping a cool head is necessary in this regard. Knowing that military persons are just common human beings with a positive attitude might help the candidates in this regard.

It is advisable that candidates just confess that they don’t know the answer to a question asked, rather than beating around the bush.

A candidate passing the viva goes for the written examination. The module of the written exam is not concrete. It changes from time to time. But there is a general pattern. Bangla, English, Maths and General Knowledge make a layout of 100 marks.

After passing the written test, one must go for the Inter Services Selection Board (ISSB), a 4 four days test which measures a person fully. Well, that specific test deserves a whole article dedicated to it. Once a candidate gets selected by ISSB, s/he can then go to the academy and after surviving 3 years of hard, rigorous training, can finally get the desired commission.

The army offers a life full of respect which one would not be able to measure by money. But not getting selected in the end is no shame at all. If one intends to serve his/her motherland, there are numerous other scopes as well. But given all that it offers, a profession as an army officer is worth the try.

DU students to get services from dormitories, departments instead of Registrar Building, Vice-Chancellor Md Akhtaruzzaman says

How to excel in Chevening scholarship