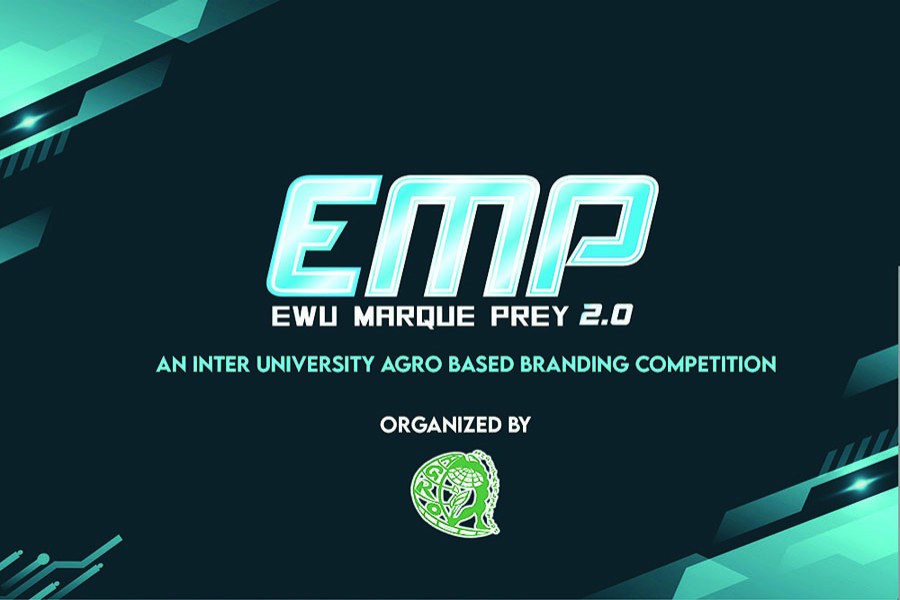 Branding has always been one of the most important parts for a company or a firm or a product. However, branding of agro products was not too popular among people even a few years back. A common perception of people used to have this notion that branding and agriculture do not synchronise together. There was a belief that branding is not necessary for agro products. But over the time, some major forces such as multimedia and internet acceleration were observed to bring radical changes in that thought process.

In spite of the change, a lot of agro based companies are seen to struggle even now due to lack of branding practices. Back in 2017, East West University Agro Industrialisation Club  arranged EWU MarquePrey season 1, an inter university branding case competition based on agro products. The main aim of the competition was to encourage the youth on practicing agro based branding as well as showcase the industry that youths are capable of coming up with interesting ideas in this domain. After two years of the success of season 1, EWU Agro Industrialisation Club has introduced the second season of EWU MarquePrey once again but in a bigger and better shape.

EWU Marque Prey 2.0 has also been designed in such a way that it serves the same purpose of encouraging the youth on branding of agro products carrying the legacy of previous season. East West University Agro Industrialisation Club always comes up with an exceptional idea about how students can work on their creativity and do something productive. This time is no different at all, during the pandemic as well, the club had managed to pull off this event with a total prize pool of Tk 50,000. So this time, EMP 2.0 will be conducted through online. Hence, students can stay at their homes and brainstorm their ideas. As it is a group competition so any undergraduate university student can participate on this competition forming a group of two to three members.

Initially, the club communicated with more than 23 clubs from different public and private universities across the country so that they can reach to a vast audience communicating their main purpose of the event. After the launch of the event on last Tuesday afternoon, within less than 12 hours, the event reached to more than 20,000 people. That clearly shows that it is not just a competition to look forward to but also a huge platform the youth seek to showcase their strategic thinking and skill.

The competition comprised three rounds within a time span of almost one month. The first round is initial screening round whereas the semi-final round is video presentation round followed by the final round where Finalists will have to present online presentation.

Nafisa Anum Autoshi, general secretary of the club, stated that they are expecting this event to be another successful one just like the previous season and they are hopeful to reach out to every single undergraduate youth to communicate their message. Globally, agro products are properly designed, packaged and communicated which are the part of branding itself. As a result, the impact of branding goes a long way for the industry.

The writer is studying in Business Administration Department at East West University. He can be reached at toufikhossain77@gmail.com