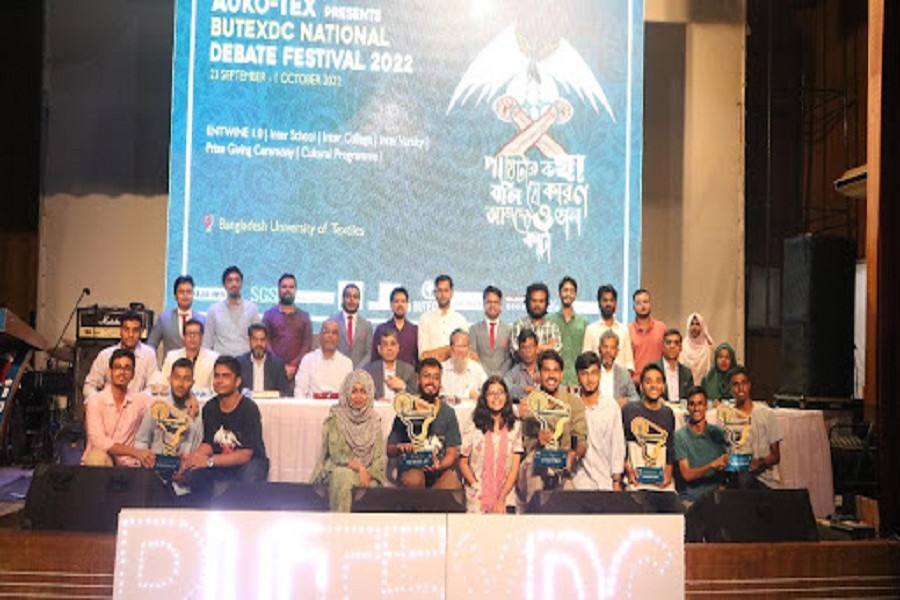 The program started on 23 September. English British Parliamentary Debate was introduced for the first time. The event was named 'Entwine 1.0', where 32 teams participated. The champion of the Novice final was AUWDC A from Asian University for Women, and the runner-up was IBAJUDC A from Jahangirnagar University.

IBA DU A from Dhaka University was crowned champion in the open final, and CUDS A from Chittagong University became runner-up. Raiyan Husain of SSMC A from Sir Salimullah Medical College was announced as the best speaker in this segment.

In the school-college segment, 32 teams were registered. TEAM XDC from St.Francis Xavier's Girls' School & College became the champion, and FRIIDC Alkyne from Faizur Rahman Ideal Institute became the runner-up at the school level. At the college level, DCDS rDNA from Dhaka College secured first place, and RDS Ekush from Dhaka Residential Model College became the runner-up. The best speaker at the school level is Siam Al Noman Shishir. Zulqar Nayeen and Ahnaf Zeenan were judged as the best speakers at the college level.

The university level Bangla Asian Parliamentary debate was held on 30 September and 01 October. A cultural night was held with the price-giving ceremony. UIUDC Orange from United International University was crowned the champion, and CUDS A from Chittagong University took the runner-up trophy. Hasib Khan (CUDS A) was announced as the debater of the tournament, and Abdullah Al Habib Badhon became the debater of the final.

The honorable guests in the prize-giving ceremony.

The program was presided over by Shakil Ahmed Sagar, President of BUTEXDC, and hosted by Naeem Mahmud, General Secretary of BUTEXDC.

After the formal sessions, a cultural program was organised by the students; 'Shohojia' and 'Ark' performed in the concert.

Over 60pc of undergraduate seats lie vacant at Islamic University