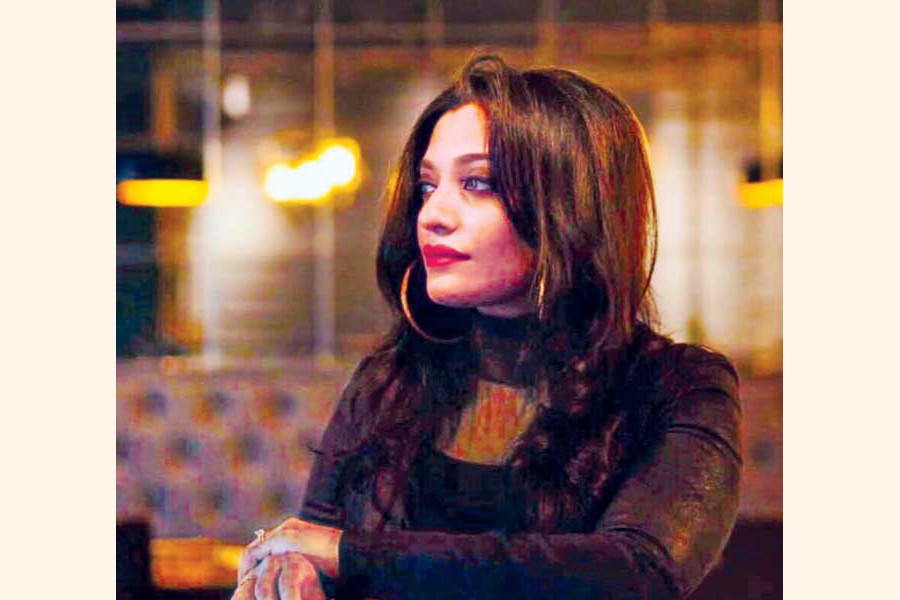 In the office of Fazle Selim, a famous businessman and founder of Ranks IIT Limited, one could notice a map hanging on the wall with logos of all the big companies based in Silicon Valley, California. A young woman was a regular visitor to that office. Every time she visited the office, she would stare at the map and take a trip to her imagination to find out the logo of her own company on that map. Those short journeys to the world of imagination became the girl's life-long dream as she now owns two companies at the heart of the tech capital of the world Silicon Valley, and firmly believes that her companies will make their way to that map one day for sure. That woman is none other than Fazle Selim's daughter Rudmeela Nawsheen.

As technology is flourishing with the speed of light, most revolutionary aspects of modern technology like Virtual Reality (VR), Augmented Reality (AR), Robotics, etc. are becoming increasingly significant. That significance and the huge potential generated by it rightly ticked Rudmeela's mind who launched her first venture ConfigVR in Silicon Valley in 2017. With AR, VR, MR,3D modelling, Animation, Game Development solutions-- the company didn't take long to become successful. However, the amazing thing here is Rudmeela herself who just waited three years after her first venture to launch the second one in the form of ConfigRBot this month. The new venture provides AI, IoT, cyber security, chatbots, skill development and customized robots. This newly launched company will be operating from both US and Bangladesh. And that is not all. She has already constructed plan for her third venture to explore ConfigrSpace, which she hopes will come into being some time not very far.

Penetrating Silicon Valley, one of the world's most tech savvy region is a huge challenge itself, let alone becoming successful in a short time like Rudmeela did. What more is that she has founded two companies within the span of only three years. This feat becomes more laudable considering the fact that she is a woman. Though the world is progressing, the path to success is still comparatively stiff for the women. Being one of the few girls during her undergrad in Electrical Engineering at San Jose State University, Rudmeela might had the thoughts of facing gender caused obstacles. But, fortunately the opposite happened in reality. As there are not many women founders for such tech companies in Silicon Valley, Rudmeela secured positive response all the way with encouragement for being a woman founder.

Like all the entrepreneurs, Rudmeela had her part of struggles. But she did excellent in some aspects which led her to success. ConfigVR was not an out of the blue startup as she had done comprehensive research on the market. She also had all the skills and qualities that a founder needs to possess. In this regard, her study played a role. She did her bachelor's in Electrical Engineering and master's in Digital Communication and Multimedia achieving summa cum laude. While one taught her how to create, the other taught her the mechanism to make it work. Being proficient in both software and hardware made her the master of her own to accomplish things at will.

Rudmeela's dream is not just running a successful tech company but to do something for her motherland. She believes, staying abroad has made her feel patriotism more keenly. So, Bangladesh now forms a larger picture on the canvas of her dream. With ConfigRbot, she aims to promote business development between Bangladesh and the US. She aspires to build a manufacturing plant in Dhaka to start producing smart devices and robots locally within next five years. ConfigRbot features a lineup of five robots and two IoT devices, the most impressive of which is the cutting edge AGV(Automated Guided Vehicle). AGVs have numerous applications varying from warehouse robots to hospitality. ConfigRbot's AGV can be ordered with a UVC sterilization kit, which is used in large spaces such as hospitals, malls, schools, etc. to fight against Covid-19.

She is also actively working with the government and different NGOs for rural areas, underprivileged and handicapped youth skill developments. With AR/VR implemented locally and robots being produced by native skilled engineers, she dreams of making Bangladesh a global brand name.

Apart from her tech business ventures, Rudmeela is passionate about introducing Bangladeshi culture on global platforms. As the head of production of the media company based in California, she envisions the promotion of Bangladeshi broadcast media contents on international streaming platforms like Netflix and Amazon Prime.

Rudmeela and her ventures are out and out good news for Bangladesh. The country's potential to become a global tech hub could be enhanced by such initiative that is devoted to promote its origin. No doubt Bangladesh will sooner or later start producing high-tech devices and components as per the Fourth Industrial Revolution (4IR)  demand. But Rudmeela believes that talent should be the foremost priority. If the country can produce trained and skilled youths, high tech manufacturing will naturally flow in.

Behind every successful person, there is a source of inspiration. For Rudmeela, it is her parents. The classical dancer who could play piano, harmonium, tanpura-- now plays with software and hardware. Once a passionate traveler and hike-lover has now become an explorer in the world of technology. And her parents have been instrumental in this journey. She followed her elder sister's footstep to become an electrical engineer and learnt to enjoy life as a responsible entity. That is how she has come to the position where she belongs to now.