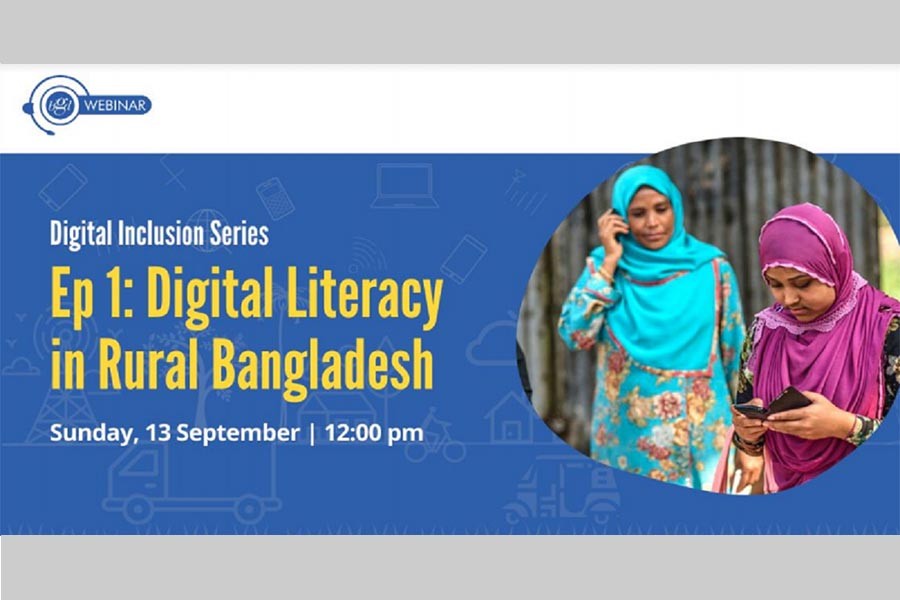 Despite the government’s pro-digital approach, 54 per cent rural households in Bangladesh do not have access to the internet, a new study shows, as experts fear the ‘digital divide’ could hinder e-governance progress.

According to the research findings unveiled Sunday, 59 per cent of them do not have access to a smartphone and 49 per cent have no access to computers.

The study, carried out by Brac Institute of Governance and Development (BIGD), surveyed 6,500 rural households across the country to develop a Digital Literacy Index (DLI) that illustrates the current state of digital literacy in rural Bangladesh, reports UNB.

Experts at an online seminar titled ‘Digital Literacy in Bangladesh’, where the study results were unveiled, feared that this persisting ‘digital divide’ among the rural and urban households in Bangladesh will continue to hinder the successful expansion of the country’s e-governance system.

According to the study findings, rural households in Chattogram, Dhaka, and Khulna divisions enjoy higher digital access, digital skills, and digital literacy status than those in Mymensingh, Rangpur, and Sylhet divisions.

It also revealed that among the surveyed households less than one per cent generates any form of income through online activities. The income of a household has a strong and significant impact on its digital access, skills, and literacy, the findings showed.

The study also found that while the gender of the household head has no significant impact on digital access, female-headed households are more likely to have better digital literacy.

BIGD Executive Director Dr Imran Matin said the said research was a part of that digital social science domain and more discussion on the matter will follow from BIGD soon.

Academic webinar: A ray of hope amidst pandemic

US Embassy Dhaka calls for applications for YES programme

DU to take admission tests offline, cuts marks by half

UGC to determine public universities’ budget allocation based on efficiency