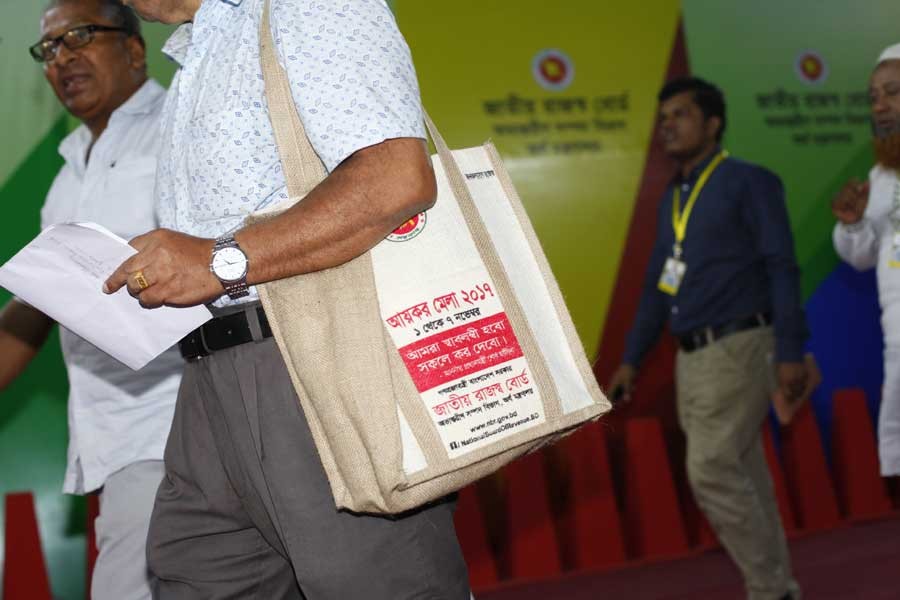 The weeklong Income Tax Fair-2017 has begun in the capital as elsewhere across the country with a revenue collection target of more than Tk 30 billion.

The fair began to facilitate individual taxpayers to complete tax-related procedures including filing of tax returns.

"We're hopeful about mobilising more than Tk 30 billion as revenue during this fair. Some 1.2-1.3 million people are expected to take tax related services," said state minister for finance and planning MA Mannan while inaugurating the fair at NBR's headquarters in the city's Agargaon.

He said the Income Tax Fair drew huge response since its inception in 2010 when revenue worth Taka 1.13 billion was collected.

The NBR collected Tk 21.3 billion during last year's fair and revenue mobilisation was increased eight times over the last eight years, he added.

Senior Secretary of the Internal Resources Division (IRD) and Chairman of the National Board of Revenue (NBR) Md Nojibur Rahman chaired the opening session while acting President of the Federation of Bangladesh Chambers of Commerce and Industry (FBCCI) Sheikh Fazle Fahim and NBR member and convener of the fair organising committee Md Abdur Razzak spoke on the occasion.

The state minister said some 60,500 people took services from the first tax fair in 2010 and during the last year's fair, some 928,000 people were given tax related services.

"I expect that more than 1.3 million people would take services during this year's fair," he added.

Nojibur Rahman said NBR has a plan to give each taxpayer a pin code-Tax Payment Pin-to identify the taxpayers.

It will also hold the mobile fair for one day in 71 upazilas.

The NBR will also organise a "tax week" from November 24 to 30 at field offices so that taxpayers can complete tax-related formalities ahead of the November 30 deadline for submitting income tax returns.