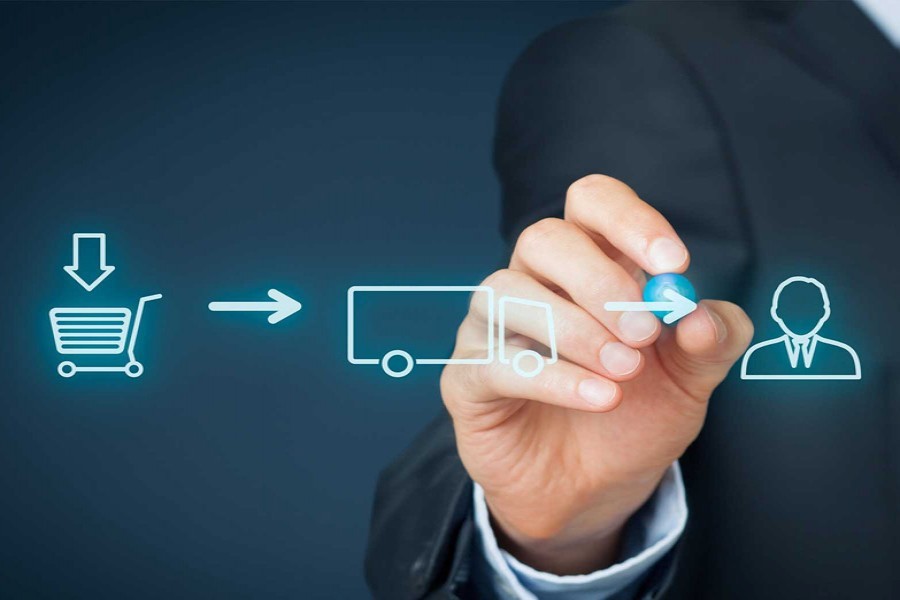 Bankers and experts on Thursday called for framing a comprehensive policy guideline for supply chain financing, saying it could help develop smaller firms.

They said Bangladesh Bank (BB) should form a committee comprising representatives from the banks and non-bank financial institutions (NBFIs) for the policy formulation.

They suggested banks and financial institutions should increasingly concentrate on reverse factoring mechanism of the financing, where credit risk is lower.

The suggestions came at a roundtable discussion on "Supply Chain Finance in Bangladesh," hosted by the Bangladesh Institute of Bank Management (BIBM) at its Mirpur office in the capital.

Buyers will sign a contract with the banks or financial institutions under the reverse factoring and buyers will send invoice to the lenders concerned for financing the suppliers, he said.

"It means buyers have accepted the goods and they have no allegation with the products. After having clearance from the buyers, banks can finance the suppliers," he said.

"The beauty of the system is that banks or FIs are totally safe because invoices are permitted by the buyers," he added.

"So, if we go for the reverse factoring by making an agreement with one buyer, we can catch the whole suppliers' network. But in the traditional factoring, we just deal with a particular supplier," he added.

According to a BIBM research, traditional factoring captures 57.44 per cent of the total supply chain financing, followed by distributor finance (21.96 per cent) and reverse factoring (5.70 per cent).

Former deputy managing director of BASIC Bank Limited Abdul Qayum Mohammad Kibriya said there is a tendency among the large buyers that the supply chain will be controlled as long as the dues are unpaid.

"This is a wrong perception. We've to find out how we can convince the purchasers with benefits instead of going for suppliers approach," he said.

Speaking as the chief guest, BB deputy governor S.M. Moniruzzaman said the size of SCF portfolio by banks and NBFIs is about Tk 8.70 billion. Of the total portfolio, around 90 per cent of the market share is captured by NBFIs and the remaining portion goes to banks' portfolio.

"It seems that amount of lending under the supply chain financing is also growing in Bangladesh," he added.

Talking about the Bank's apathy towards getting involved in such financing, Syed M. Bariqullah of the BIBM said banks want to mitigate the credit risks and it is mostly relevant to the trust and credit worthiness under the SCF.

"The measurement of such worthiness is very tough in terms of financing and economic situation in Bangladesh," he said.

BIBM supernumerary professor Helal Ahmed Chowdhury said the coverage of SCF needs to be enhanced for the sake of the rapid growth of small and medium enterprises.

He suggested going for tier-2 and tier-3 groups instead of the large ones as the volume of bad loans increased because of the failure of the large companies to repay the loans.

He said the central bank should immediately form a committee comprising representatives from the banks and NBFIs before the formulation of a comprehensive guideline.

"We also need to be linked the SMEs with the SCF," he said.

Head of Supply Chain Financing of Eastern Bank Limited M. Mostafiduzzaman said they have launched the system a year ago and experienced phenomenal growth in the SCF.

"It is the platform through which we can serve group of people without collateral," he added.