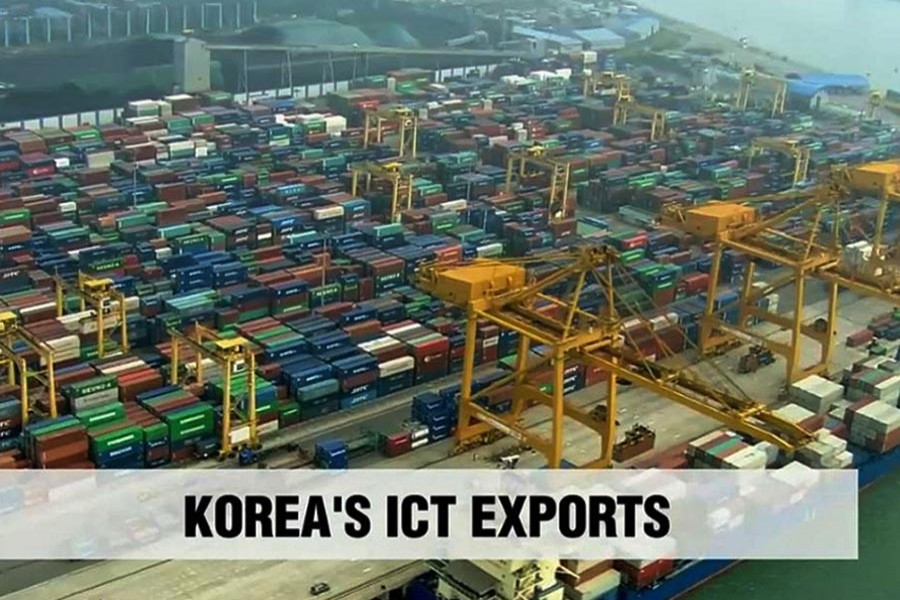 The ICT export declined 24.5 per cent over the year to 15.23 billion US dollars in August, according to the country's Ministry of Trade, Industry and Energy.

The import edged down 1.9 per cent to $8.82 billion last month, sending the trade surplus in the ICT sector to $6.41 billion. It almost quadrupled $1.72 billion of trade surplus in all industries in the month.

The export fall came as demand weakened for ICT products amid the global economic slump, adding to the concern about the continued slide in product price, reports Xinhua.

Semiconductor export plunged 30.5 per cent from a year earlier to $8.09 billion in August on lower memory chip price and weak demand for system chips.

Mobile phone shipment fell 18.2 per cent to $1.06 billion on weak global demand and the increased production in overseas factories.

The ICT export to China tumbled 32.6 per cent to $7.35 billion in the cited period on weak demand for chips and display panels, with those to the United States and the European Union shrinking in double figures.

The ICT shipments to Vietnam and Japan inched up 1.1 per cent and 1.8 per cent respectively.