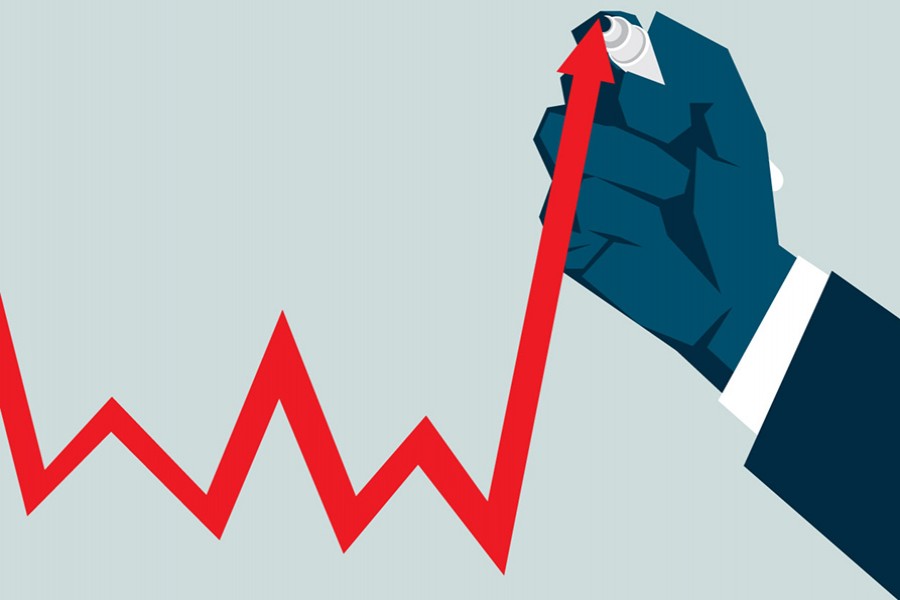 The rate of inflation in the month of September has witnessed a rise by 0.59 percentage point, according to the latest data of Bangladesh Bureau of Statistics (BBS).

As per BBS statistics, inflation also rose in the first quarter of the current fiscal compared to the same period of previous fiscal.

The BBS also says that the first quarter (July-September) of the current fiscal recorded 5.86 per cent inflation against 5.43 per cent in the same period of fiscal 2016-17.

"Recent flood disrupted production and supply chain that pushed the inflation slight up, but it would come down soon," said Planning Minister A H M Mustafa Kamal on Tuesday.

Kamal said it while releasing the monthly consumer price index (CPI) at the ECNEC briefing at ERD conference room at city's Sher-e-Bangla Nagar, says a report on BSS.

He hoped the inflation would be within the target set in the fiscal policy.

At rural level, the point-to-point inflation in September recorded 6.21 per cent which was 4.63 per cent in the same period of previous fiscal.

However, the urban level inflation in September was registered 5.95 per cent compared to 7.21 per cent in the same month of previous fiscal.

But, the quarterly (July-September) inflation at urban level in this fiscal counted 5.91 per cent which was 7.12 per cent in the same period of fiscal 2016-17.

The BBS statistics shows that price of some food and non-food items increased in the first quarter (July-September) of this fiscal compared to the fourth quarter (April-June) of previous fiscal.