India to restore 26m hectares of degraded land by 2030: Modi 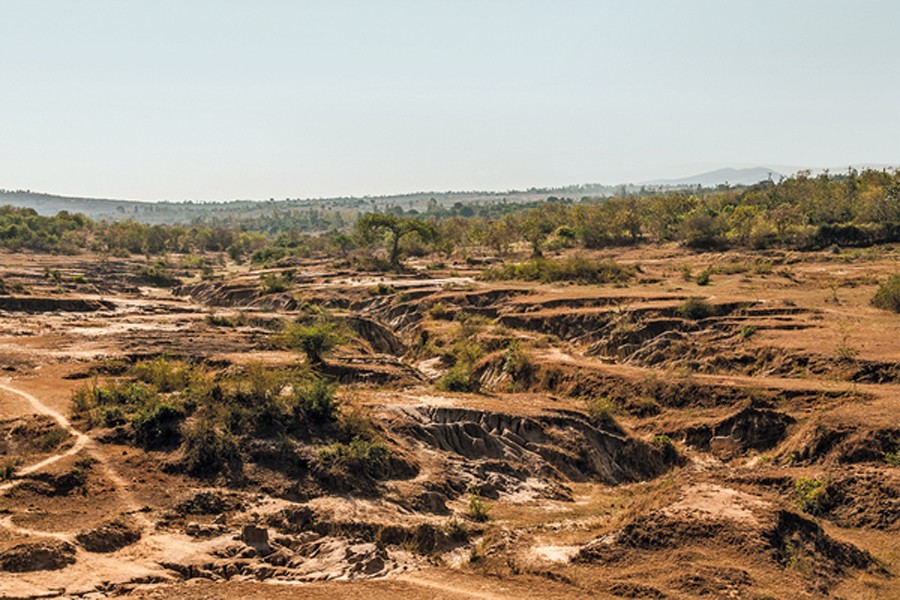 NEW DELHI, Sept 10: India will restore 26 million hectares of most degraded and vulnerable land by 2030 by adopting a landscape restoration approach.

“This will be focused on restoring land productivity and ecosystem service with emphasis on the degraded agricultural, forest and other wastelands,” said Indian Prime Minister Narendra Modi Monday, reports BSS.

The Indian premier made the announcement while inaugurating the High-Level Segment Meeting of the 14th Conference of Parties (COP14) to the United Nations Convention to Combat Desertification (UNCCD), at Expo Mart in Greater Noida here.

Speaking on the occasion, the Prime Minister reaffirmed India’s commitment to addressing all the three main concerns of the Rio Conventions and proposed initiatives for greater South-South cooperation in addressing issues of climate change, biodiversity and land degradation restoration approach.

Modi also announced India’s proposal to setup a global technical support institute for the member countries of the UNCCD for their capacity building and support regarding the Land Degradation Neutrality Target Setting Program.

Acknowledging the importance of the role of water, he called upon the leadership of UNCCD to conceive a global water action agenda which is central to the Land Degradation Neutrality Strategy.

“When we address degraded lands, we also address water scarcity. Augmenting water supply, enhancing water recharge, slowing down water run-off and retaining moisture in the soil are all parts of a holistic land and water strategy”, he added.

The Fourteenth Session of the Conference of Parties (COP14) to the United Nations Convention to Combat Desertification began here on September 2 with the theme “Investing in Land, Unlocking Opportunities”.

Over the past week, various deliberations were conducted on restoration of degraded land. The Delhi declaration will be announced tomorrow which will be accountable for the actions by various countries.