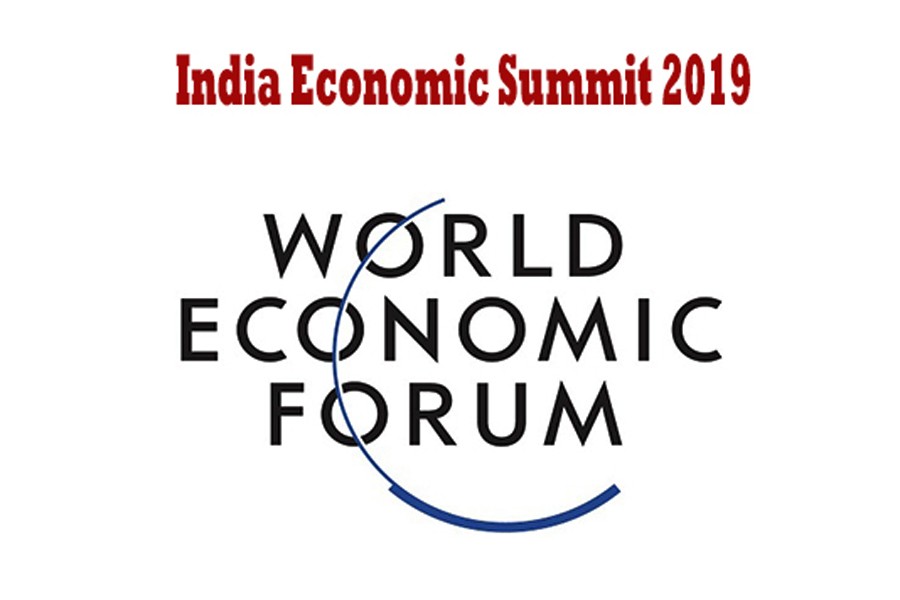 A two-day India Economic Summit-2019 began in New Delhi on Thursday under the theme “Innovating for India: Strengthening South Asia, Impacting the World”.

The World Economic Forum (WEF) in partnership with the Indian Ministry of Commerce and Industry and the Confederation of Indian Industry (CII) has been organising the event, reports BSS.

The summit will discuss strategic issues of regional significance under the current geopolitical shifts and the complexity of global system.

More than 800 participants from business, politics, academia, civil society, international organisations, arts and culture, members of the forum’s communities, social entrepreneurs, global shapers and young global leaders from more than 40 countries have been participating in the summit.

Bangladesh Prime Minister Sheikh Hasina, who will join the summit as the chief guest delivers her speech at the ‘country Strategy Dialogue on Bangladesh’ this afternoon.

She will also spoke at the concluding session of the summit on Friday.

Deputy Prime Minister of Singapore Heng Swee Keat along with dozens of ministers from different countries including Bangladesh and India has been participating in various plenary sessions of the summit.

In her speech in the opening day, the Bangladesh Premier is expected to highlighted the progress that Bangladesh had achieved in recent times particularly the country’s graduation from LDC to middle income one, its current GDP growth and the government’s overall achievements in economic sector.

Prime Minister Sheikh Hasina will also seek more investments in Bangladesh from the Indian major investors, according to diplomatic sources.