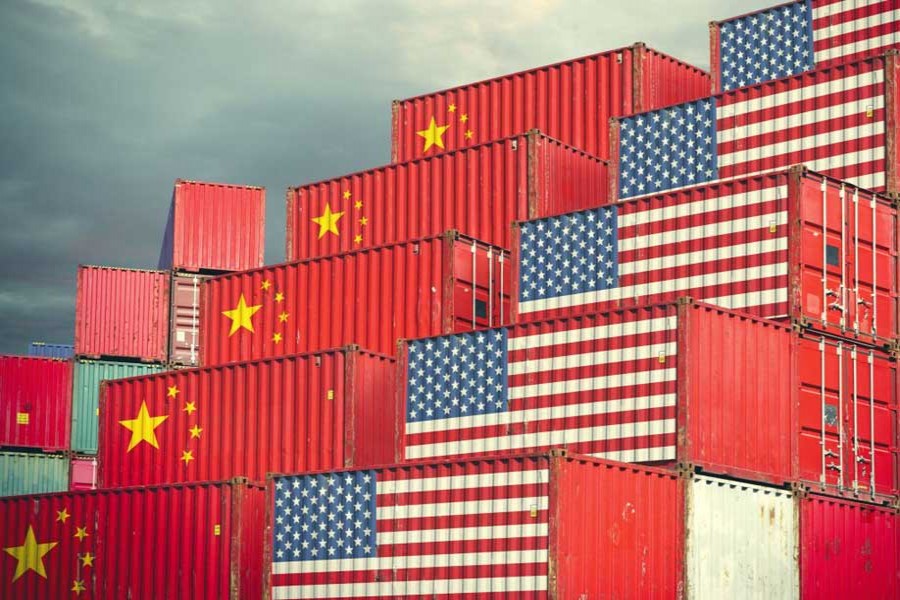 "When you look at history ... in periods where there were the use of tariffs and trade barriers and there wasn't a form of multilateral cooperation to try to solve problems together, we saw very difficult times in the global economy," David Lipton, first deputy managing director of the IMF, told Xinhua Thursday on the sidelines of the annual meetings of the IMF and the World Bank, two of the institutions set up at a meeting of 43 countries in Bretton Woods, the United States, in 1944.

"I think in the 75 years during the Bretton Woods period, the cooperation in a spirit of trying to establish rules of the game, ways in which there can be openness and integration, has led to a tremendous period of economic performance," Lipton said.

Advanced economies have done well, but most importantly the integration and the spread of trade around the world has helped countries be in a position to lift over 1 billion people out of poverty, he said.

Lipton believes there is still "tremendous potential" for poor countries who want to be like China to have 30 or 40 years of rapid growth that raises living standards, but "that's only going to happen if economic integration continues."

"In this day and age where the policies of one country spill over and affect the outcomes of another country, it's important that people work together in the spirit of Bretton Woods in order to make a brighter future possible for all the countries that still need to grow rapidly for a long period of time," he said.

Lipton made the remarks shortly before the weekend when the International Monetary and Financial Committee (IMFC), the policy-setting body of the IMF, called for resolving trade tensions to help boost global recovery.

"Free, fair, and mutually beneficial goods and services trade and investment are key engines for growth and job creation. A strong international trading system with well-enforced rules addressing current and future challenges would support global growth," said the IMFC, which consists of financial ministers and central bank governors worldwide, in a communique on Saturday.

"To this end, we recognize the need to resolve trade tensions and support the necessary reform of the World Trade Organization to improve its functioning," the IMFC said.

In Lipton's view, it's very hard to see mainstream macroeconomic tools countering the impact of escalating trade difficulties unless the trade tensions are defused.

"Trade tensions can actually lower demand in the world, and that could be something that could be countered with demand policies. But sustained trade tariffs with retaliation lead to changes in trade patterns and inefficient trade patterns," he said.

"That's not something that can be addressed through macroeconomic tools. That can only be addressed by dismantling trade barriers and restoring more efficient trade patterns," the IMF official argued.

Lipton also warned that a potential economic decoupling between the United States and China as some American politicians advocate could lead to a fragmentation of global economy.

"I think this would be very unfortunate, most unfortunate for the poorer countries that need to have a range of trade partners to be able to have the best available technologies in order to support rising living standards," he said.

"The talks between the US and China are important because, if they are successful and if we can find new trade practices that are enhanced and enforced, everyone will win," he noted.