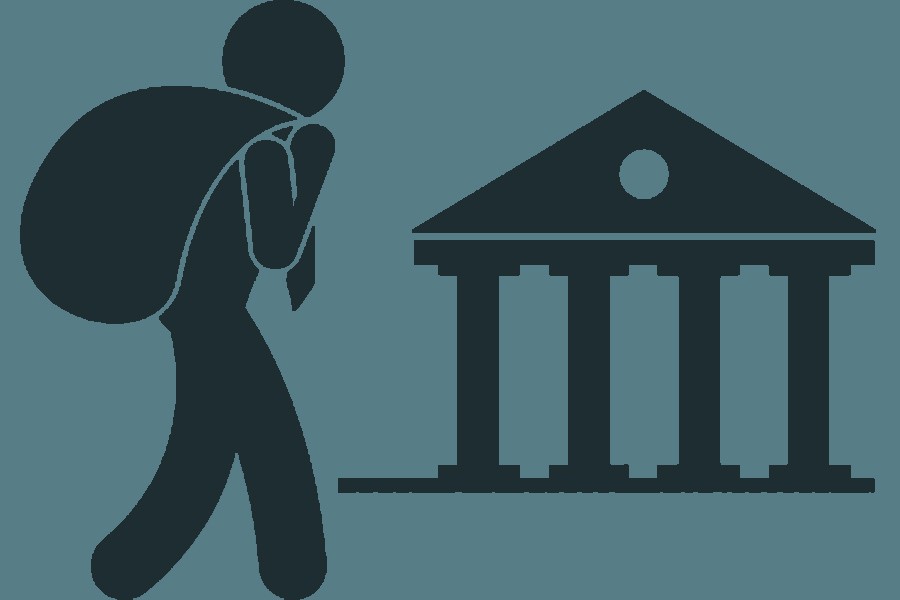 The government has adopted a new strategy to combat trade-based money laundering and illicit financial outflow from the country with the incorporation of a few stringent provisions into it, officials said.

It has been included in the 'National Strategy for Preventing Money Laundering and Combating Financing of Terrorism 2019-2021'.

Three national strategies have already been prepared and approved by the National Coordination Committee on Anti-money Laundering and Combating Financing of Terrorism (AML/CFT).

The government has started implementing key components of the national strategy (2019-2021) to curb money laundering and terror financing mainly across the country, sources said.

According to the officials, the national strategy paper (2019-21) on AML/CFT has 11 strategies and 137 action items.

"We will hold a seminar on November 17 to inform stakeholders about the three-year national strategy as nearly one year has already passed. The strategy paper was also published," the former deputy governor of Bangladesh Bank said.

Finance minister AHM Mustafa Kamal will attend the seminar as the chief guest, according BFIU.

"For further implementation and effectiveness of AML and CFT measures, the strategy prioritises actions focusing more on preventing proceeds of crime from getting integrated into the financial system or siphoned off through establishment of appropriate tools and mechanism such as quality financial investigation, proper confiscation mechanism restricting channels of illicit financial flows," according to the new strategy paper.

The government hardly made any progress in implementing key components of the national strategy (2015-2017) for curbing money laundering and terror financing mainly due to procedural complexities and dilly-dallying of the authorities concerned, a source said.

According to the officials, the national strategy paper (2015-17) on AML/CFT had 138 action items, of which the government so far implemented 71 completely and 36 partially while 31 were in ongoing phase at the end of 2017.

The three-year national strategy for preventing money laundering and combating financing of terrorism 2015-2017 ended on December 31, 2017.

When asked, a senior official of the central bank said a new strategy paper has been prepared for three years from 2019 to 2021. Some action items still remain unimplemented in the strategy for 2015-2017. These have been included into the new strategy paper.

A number of action items remain unimplemented due to lack of required steps by the authorities concerned despite repeated reminders from Financial Institutions Division (FIB) and BFIU, he said.

"The government is taking necessary steps to execute unimplemented action items time to time," he added.

The 2019 Global Financial Integrity report on illicit financial flows to and from developing countries showed that at least U$5.90 billion flew out of Bangladesh in 2015 through misinvoicing in international trade with advanced economies.

Illicit inflows from other countries to Bangladesh stood at U$2.8 billion in 2015, it also revealed.