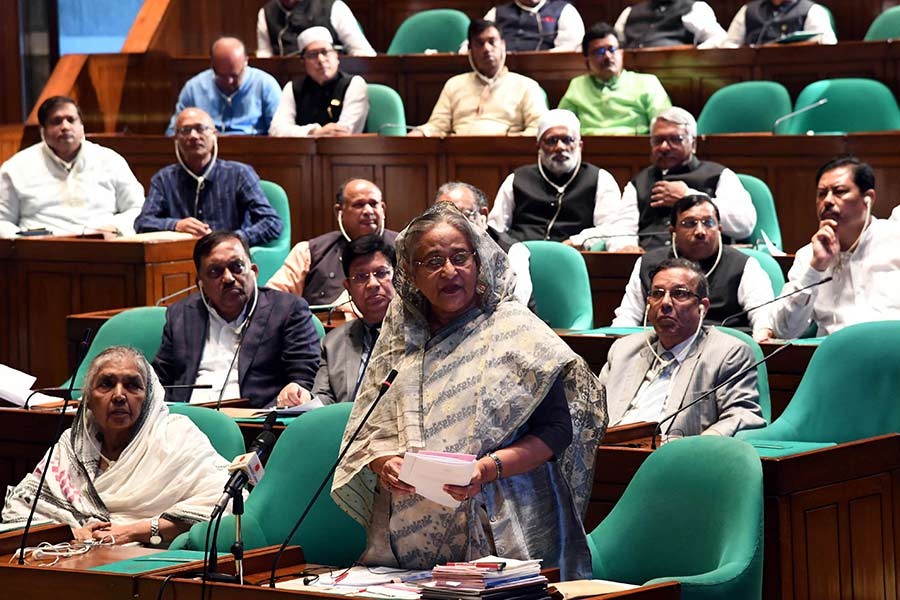 Prime Minister Sheikh Hasina on Wednesday said the economy and foreign exchange reserves of the country will not face any adverse impact due to the implementation of the mega projects.

“Proper financial and economic analyses were done before the mega projects were taken by the present government. So, there is no possibility of the adverse impact caused by the execution of these projects,” she said while replying to a starred question from Jatiya Party lawmaker Fakhrul Imam (Mymensingh-8), reports UNB.

Noting that most of the mega projects were undertaken with foreign loans or grants, she said these are soft loans with a comparatively lower interest rate, long repayment tenure and long grace period.

“Moreover, no major complexity was noticed in the case of releasing the loan funds by the development agencies,” said Hasina.

Hasina said huge employments have been generated and many backward and forward linkage industries and businesses have developed during the implementation of the projects.

“So, actually the country’s progress is getting accelerated directly instead of getting hindered through the projects,” she said.

“Besides, since the projects (except Padma Multipurpose Bridge Construction and Payra Deep Sea Port Project) are getting finance from foreign sources, the project-related import cost would not put any adverse impact on the reserves of foreign currencies in the country,” said the PM.

The projects are being undertaken as per the need to continue the trend of the country’s development in economic, social and all other sectors, she went on.

Answering a question from Jatiya Party lawmaker Rustum Ali Faraji, the PM said the inflow of remittance started returning to the normal trend of the pre-Covid-19 situation.

She said the inflow of remittance declined slightly to US$ 17.30 billion in the 10 months from July to April in 2021-2022 fiscal, which is 16.25 per cent less compared to the same period of the previous fiscal year.

So, it can be said that the inflow of remittance has not dipped, rather the inflow started returning to the normal trend of the pre-pandemic period.