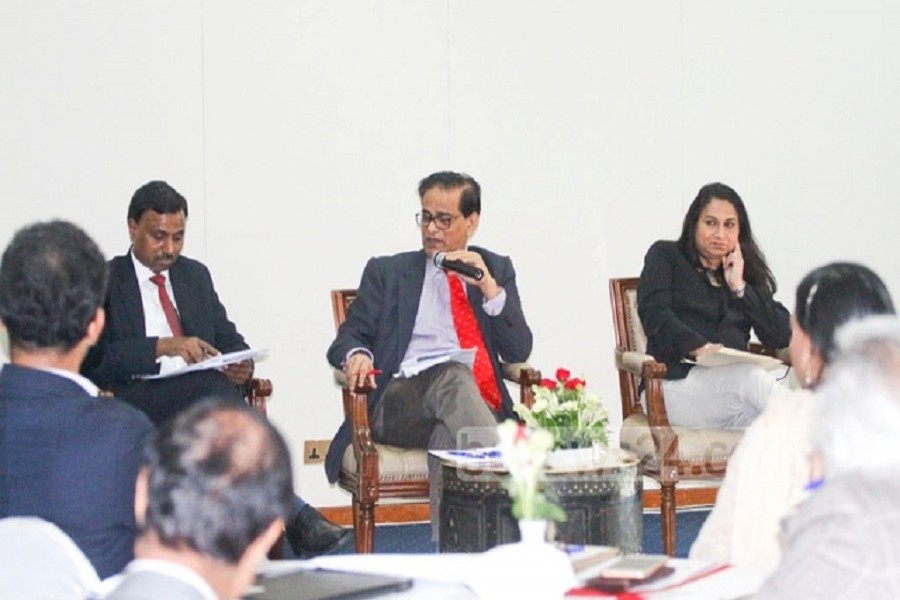 Bangladesh's employment growth almost halved in 2010- 2016 compared to the preceding period since 2003, according to the World Bank (WB) that indicated job-scant economic growth as a major reason.

The one of the twin Bretton Woods Institutions came up with the findings in its latest report entitled 'Jobs Diagnostic Bangladesh'.

The report says the country's employment elasticity - a measure of the percentage change in employment associated with a 1.0 percentage-point change in economic growth - dropped to 1.8 per cent in 2010-16 from 3.1 per cent in the preceding 2003-2010 period.

This means that the country's labour market has reversed since 2010. Slow job growth in the 2010-16 period resulted in declining labour-force participation and higher unemployment.

Such slow pace of job creation in recent years, the report noted, happened at a time when population, especially young people, is in boom.

This elasticity, which indicates the ability of an economy to generate employment opportunities for its population as per cent of its growth or development process, came in the final report of the World Bank Group by its senior economists Thomas Farole and Yoonyoung Cho.

It said in the 2003-10 period, total employment for the working-age population had grown by 3.1 per cent annually.

This rate was well above that of either working-age-population growth (2.5 per cent) or of workforce growth (2.9 per cent), meaning that job creation was enough to absorb the large number of youths coming of working age and pull some new workers into the labour force, as well as absorb some of the unemployed in the queue.

It further noted this slowdown in job growth comes despite growth in real GDP per capita, increasing from 4.7 per cent to 5.2 per cent annually.

The senior economists listed possible reasons for the decline in the pace of job growth, such as increasing pace of labour-productivity growth combined with ongoing structural transformation (in the absence of higher aggregate demand), tightening export markets and implications for the growth in labour-intensive sectors, a slowdown in remittance growth and agricultural productivity convergence, and poor efficiency of capital.

This report, however, said this situation is perhaps not surprising in a market like Bangladesh, where "survivalist self-employment" accounts for a large share of jobs.

Its findings show that the industrial sector's contribution to GDP growth increased over 8.0 percentage points in the period of 2010-16 as against that of 2003-10.

"We estimate that intersectoral movements of labour explain at least 60 per cent of the decline in employment elasticity to growth during the period 2010- 16," the World Bank noted in the report.

The remaining decline in employment intensity is explained by within-sector productivity growth, which increased in every sector over the latter period.

The unit price of Bangladesh's RMG exports remains low (around 20 percent below the global average) despite increase in global market share.

Moreover, global unit prices are stagnating, due to increasing buyer power and intensifying competition among suppliers.

Bangladeshi exporters are improving their quality positioning in global apparel markets, but this may not be translating into gains for workers in terms of more jobs and higher wages.

Evidence suggests firms may be substituting technology for workers-even between 2006 and 2012 (the latest year available), the average capital stock per worker in RMG grew by 15 per cent annually, and anecdotal evidence suggests investments in technology had increased substantially since then.

Job growth in non-RMG manufacturing has been significant in recent years, and it could have been even faster if the sector were more successful in penetrating export markets.

On the overseas job front, remittances from migrant workers have slowed sharply, although there is no clear evidence as to whether this is affecting employment.

Dr Zahid Hussain, lead economist at the Dhaka office of the World Bank, says there are both demand-and supply-side constraints for such a situation in the country.

He feels the need for enhancing employment-friendly investment in the country.

"The quality of labour is also an important issue for Bangladesh as it hires huge skilled labour from abroad in exchange for giving $6.0 billion while its earnings from manpower remain relatively much low," the World Bank economist told the FE.

He noted that the economy is being driven by mostly informal economic sectors that lack modern view of management and skill employment.

The WB report pointed out some possible explanations for relatively inefficient capital investment.

These include insufficient levels of public investment, historically Bangladesh having underinvested in infrastructure, inefficient delivery of investment, weak planning and implementation of investment, through inefficiencies, waste, or corruption. All this may undermine the impact of investment.