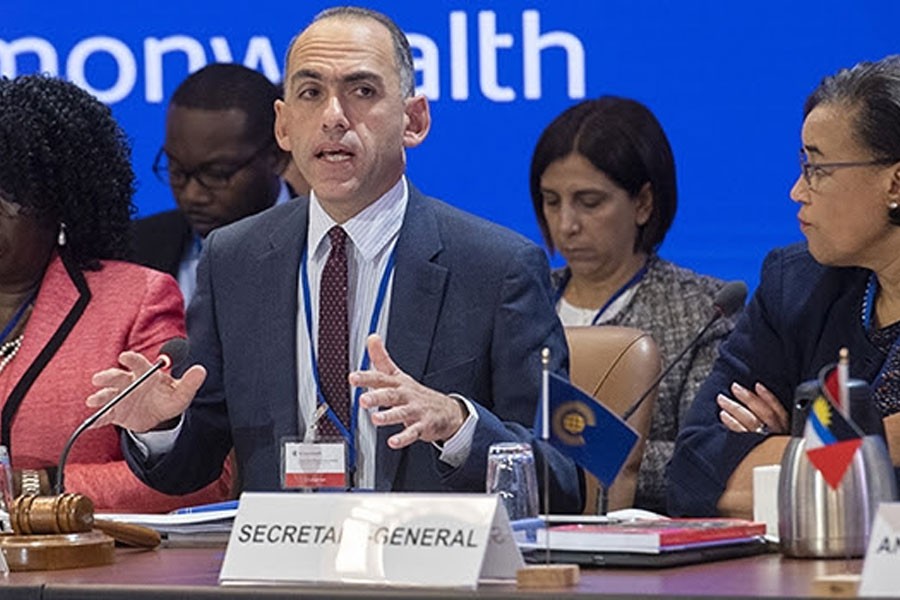 Revenues from tax collection are important for maintaining debt at sustainable levels, yet can often be impaired by the digitalisation of trade in services, as this often results in countries being unable to determine when, how and where taxes on digital transactions should be collected.

Ministers have, therefore, agreed that the Commonwealth should bring its powerful collective voice to ongoing discussions at the Organisation for Economic Co-operation and Development (OECD), particularly on behalf of smaller states. International agreement on digital taxation could enable countries to benefit by taxing large tech giants, even if they do not operate within their jurisdictions.

These decisions were made by ministers gathered in Washington DC for the 2019 Commonwealth Finance Ministers Meeting under the theme ‘preventing debt crises: the role of creditors and debtors’.

Commonwealth Secretary-General Patricia Scotland said: “The Commonwealth has a distinctive contribution to make by bringing together nations with developed and developing economies to agree on collective approaches and action towards a fair and equitable global system for taxing multinational businesses in a swiftly digitalising economy.

“We need a rule-based system that is inclusive, transparent and efficient so that all countries have a means of collecting revenue and are thereby able to avoid accumulating excessive debt. It goes hand in hand with accelerating the gains to be made by addressing climate change and making progress towards achieving the sustainable development goals.”

Ministers saw global trade and geopolitical tensions as having ‘intensified’, in a context where global debt has risen to an all-time high, estimated at $19 trillion. They stressed the need to make debt easier to manage for vulnerable countries, and for them to be eligible for periods of relief to stabilise growth during economic shocks.

As seen in the past, disasters can push countries into taking on emergency loans to rebuild and recover. Such debt can easily become unsustainable for most low and middle-income countries, making them vulnerable to debt distress.

The Minister of Finance of Cyprus, Harris Georgiades, who chaired the meeting, said: “Disruptive technologies are challenging the financial system by increasing competition and reshaping conventional business models, thereby fuelling the creation of a whole new kind of financial ecosystem.”

During the meeting, ministers also reviewed a suite of Commonwealth initiatives, including a disaster risk portal to offer streamlined and integrated information on available funds to respond to disasters, and a fin-tech toolkit to help banks leverage innovation in the financial sector.

The Commonwealth gave a presentation on its flagship debt management system 'Commonwealth Meridian’ which is used by 63 countries to manage their debt which combines to a total of $2.5 trillion.

Considerable progress is expected to have been made on the various action and initiatives discussed by the time of the next Commonwealth Finance Ministers Meeting, which will be chaired by Botswana in Washington DC in 2020.