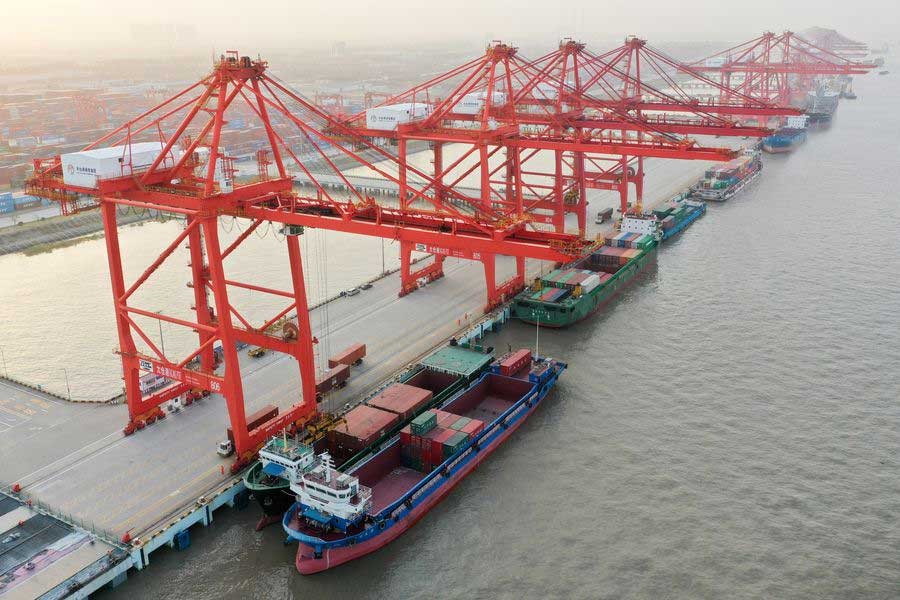 China's foreign trade registered stable growth in the first 10 months of this year with more opening-up measures to follow in the near future.

The country's foreign trade volume expanded 2.4 per cent year on year to 25.63 trillion yuan (about 3.67 trillion US dollars) in the Jan.-Oct. period, with exports up 4.9 per cent and imports down 0.4 per cent, the General Administration of Customs (GAC) said Friday.

The country's trade mix continued to improve with general trade growth in both volume and proportion. General trade rose 4.8 per cent year on year to 15.19 trillion yuan during the period, GAC data showed.

The reading accounted for 59.3 per cent of China's total trade, up 1.4 percentage points over one year ago.

China has made substantial progress in sharing high-quality development with countries along the Belt and Road, said Li Kuiwen, director of the GAC's statistics and analysis department.

Trade with Belt and Road countries rose 9.4 per cent to 7.47 trillion yuan from January to October, faster than the overall average and accounting for 29.1 per cent of the total trade.

The private sector, already the primary body of China's foreign trade, continued to play an even bigger part by making 10.87 trillion yuan in foreign trade in the first 10 months, up 10.3 per cent year on year.

Friday's data also showed that China's crude oil imports climbed 10.5 per cent to 415 million tonnes during the period, while imports of coal and natural gas increased by 9.6 per cent and 7.9 per cent respectively to 276 million tonnes and 77.71 million tonnes.

The soybean imports, however, fell 8.1 per cent from last year to 70.69 million tonnes.

The government has repeatedly pledged efforts to keep foreign trade stable. The State Council confirmed 12 measures in an executive meeting on Oct. 23 to optimise forex management and promote cross-border trade and investment facilitation, including expanding the pilot project to facilitate forex receipts and payments.