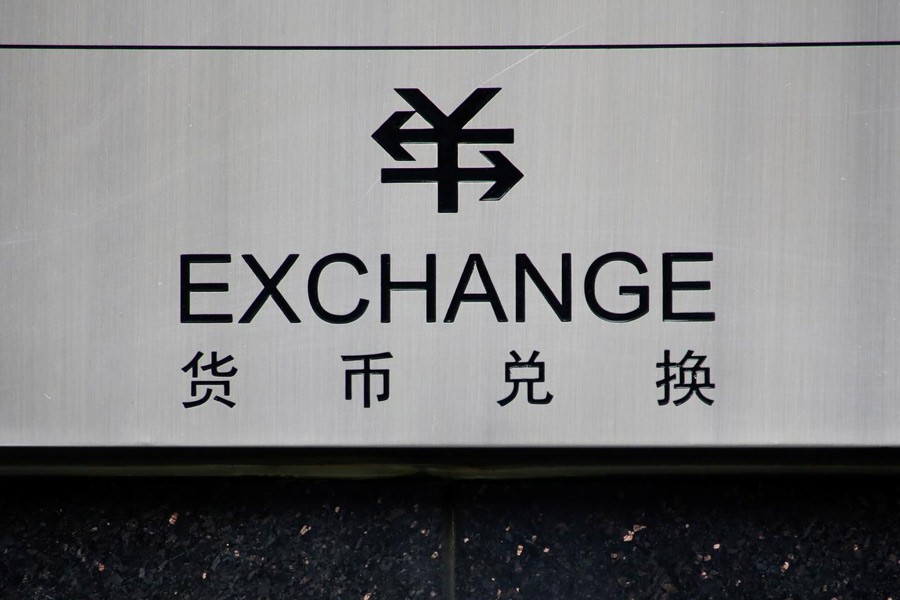 A sign for foreign currency exchange is seen at a branch of the ICBC bank in Beijing, China, January 3, 2017. Reuters/Files

China’s foreign exchange reserves rose unexpectedly in August, even as the yuan posted its biggest monthly drop in 25 years amid escalating trade tensions with the United States.

Economists polled by Reuters had expected reserves would fall $4 billion from July to $3.100 trillion, likely due to fluctuations in global exchange rates and the prices of foreign bonds that China holds.

The increase in August was due to China maintaining a stable balance of international payments and generally stable economic growth, the foreign exchange regulator said in a statement after the data release.

China has been able to keep capital outflows under control over the past year despite an escalating trade war with the United States and weakening economic growth at home.

Reserves have rebounded from an October 2018 low thanks to capital controls and rising foreign investments in Chinese stocks and bonds.

In August, the yuan CNY=CFXS tumbled about 3.8 per cent against the dollar – its sharpest monthly drop since China unified official and market exchange rates in 1994. It is currently trading at 11-1/2 year lows.

China allowed the yuan to break through the closely watched 7.0-per-dollar level on August 5 for the first time since the global financial crisis, days after the United States said it would impose more tariffs on Chinese goods from September 01.

Hours after the yuan slid, Washington labelled China a currency manipulator for the first time since 1994, but China’s foreign exchange regulator said such move had no grounds and did not accord with facts.

The yuan has now depreciated about 12 per cent against the dollar since the two sides began exchanging tit-for-tat tariffs in April last year.

The regulator said in August it did not expect a disorderly depreciation of the yuan despite the impact from external factors such as trade frictions, and traders believe the central bank has been trying to slow the pace of decline.

The dollar rose 0.4 per cent in August against a basket of other major currencies .DXY.

Growth is believed to be nearing the bottom end of the government’s 6-6.5 per cent full-year target range, after slowing to 6.2 per cent in the second quarter, its weakest pace in at least 27 years.

China burned through $1.0 trillion of reserves supporting the yuan in the last economic downturn in 2015, which also saw it devalue the currency in a surprise move.

China has been ramping up its gold reserves this year.