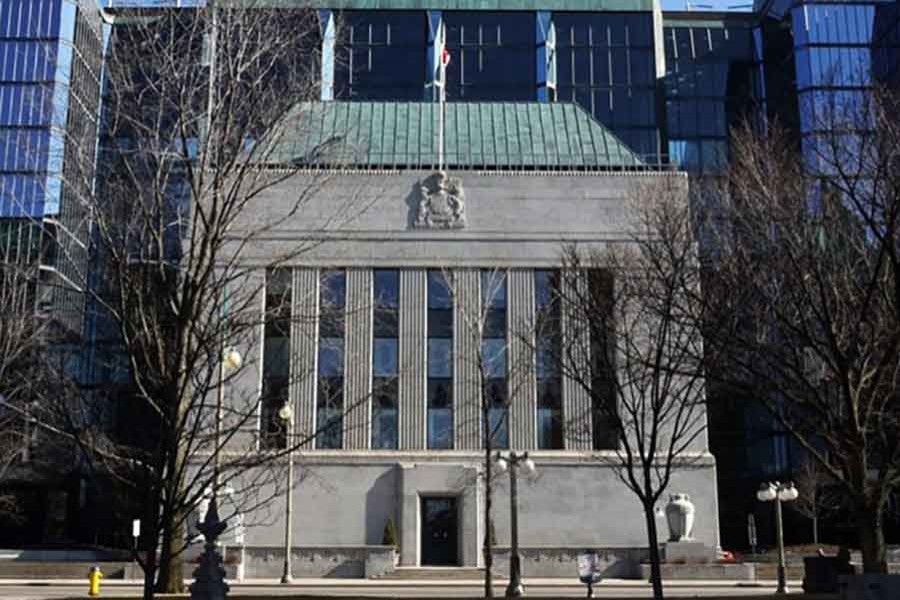 The Bank of Canada (BoC) on Wednesday announced it kept interest rate at 1.75 per cent as it gauged the extent of the damage that deepening trade conflicts have had on the domestic and global economies.

The central bank raised its interest rate to 1.75 per cent last October but it has remained unchanged since then.

The unchanged rate decision was widely expected despite of a solid second-quarter rebound for the Canadian economy, reports Xinhua.

Last week, Statistics Canada said the country's economy expanded at an annualised pace of 3.7 per cent in the second quarter, which was higher than the Bank of Canada's projection of 2.3 per cent.

The BoC predicted economic activity to slow in the second half of 2019, stressing the weak spots such as a sharp contraction in Canadian business investment that coincided with the increased trade tensions.

The intensification of the US-China trade disputes has been a bigger drag on global economic momentum than the bank had predicted at its July 10 meeting, the bank said in its statement.

Canada's economy is operating close to potential and inflation is on target.

However, escalating trade conflicts and related uncertainty are taking their toll on the global and Canadian economies, the bank said in the statement.

"In this context, the current degree of monetary policy stimulus remains appropriate," it added.