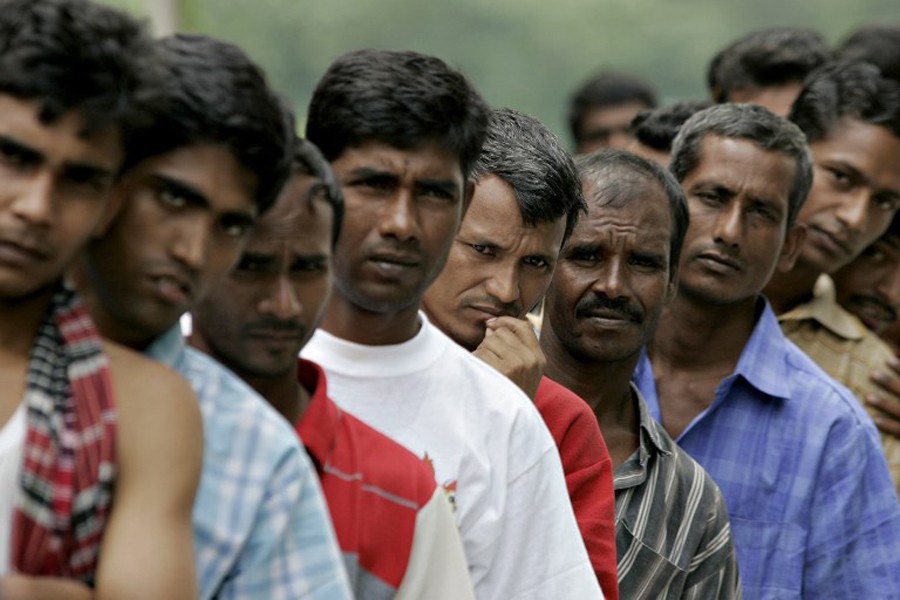 KUALA LUMPUR, Sept 10:  Bangladeshi nationals were allegedly being worked and traded between firms in slave-like conditions that violated Malaysian labour laws, according to a news report today published on www.malaymail.com.

The report alleged that a scheme that bound arriving Bangladeshi workers to a contract from before they arrived.

Once they reach Malaysia, however, they are sent to firms other than those that officially hired them, effectively turning them into illegal migrant labourers.

Co-director of migrant workers rights group Tenaganita, Aegile Fernandez, asserted that these workers were often passed between firms for a profit.

“Deductions are made to the workers’ salaries for this purpose,” Fernandez told Malaysiakini, adding this was based on Tenaganita's experience in handling such cases.

“This is common for workers at supermarkets or the smaller industries. They are all working there but their permit is for some other company,” she added.

Anwar Hossain, who fled from his dormitory after realising he was caught on the scheme after seven days, also disclosed his alleged treatment here.

Anwar arrived in Malaysia under the government-to-government arrangement (G2G Plus) negotiated between Malaysia and Bangladesh and was officially employed by a Terengganu-registered firm operating in the construction and maintenance sector.

At the airport, however, he was met by two people claiming to be supervisors of a general trading and cleaning company.

Anwar said about half from the 94 people he came with have since run away and become illegal aliens as their passports were confiscated by the third-party firm.

The firms named claimed they were commercially related and argued that this justified the ad-hoc arrangement.

A source from the Human Resources Ministry told Malaysiakini that the Labour Department has encountered many cases of workers being “exploited” by employers who passed them along to another employer for a profit.

“When the workers need to renew their permit, they will return to the original employer. This happens and we encountered many such cases,” the source said.

However, the source also said the arrangement could be legal if the firms involved have a binding contract.