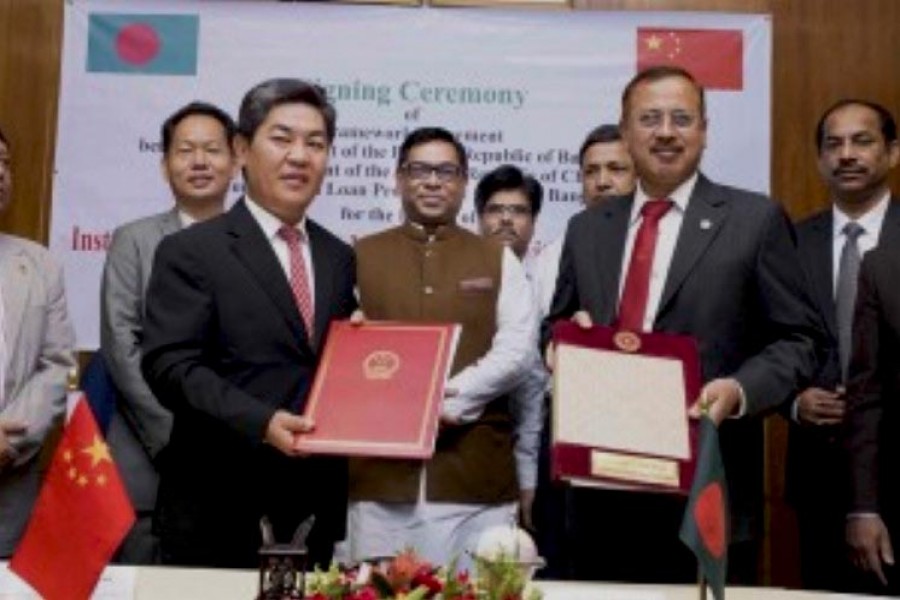 "Bangladesh currently requires an investment worth around US$24 billion in the power and energy sector," he told a framework agreement signing ceremony on Sunday at Agargaon in the city.

China could help in a big way implement the relevant infrastructure, he added.

The loan agreement was signed between Bangladesh and China to install the single point mooring (SPM) worth around $554 million.

Mr Hamid said investments in power and energy sector could be made by both government to government initiative and private sector.

He stressed the need for formation of a 'disaster infrastructure rescue team' and sought Chinese assistance in this regard.

China Petroleum Pipeline Bureau (CPPB), the contractor to build the SPM system and associated facilities, is set to complete the project titled, 'Installation of Single Point Mooring with Double Pipeline' by 2020.

Of the total loan amount, China is set to provide $467.84 million as preferential buyers' credit and the remaining $82.5 million as soft loan.

Exim Bank of China would provide the money to be repaid within 20 years at an annual interest rate of 2.0 per cent with five years of grace period.

Once the SPM is built, the government is expected to save around Tk 10.0 billion, Mr Hamid said.

It takes up to seven days to offload oil from the tankers and the BPC very often pays fines for the extra period.

After installation of the SPM, it will be possible to offload 120,000 tonnes of crude oil within 48 hours and 70,000 tonnes of diesel within 28 hours.

The SPM's capacity to offload oil annually will be 9.0 million tonnes.